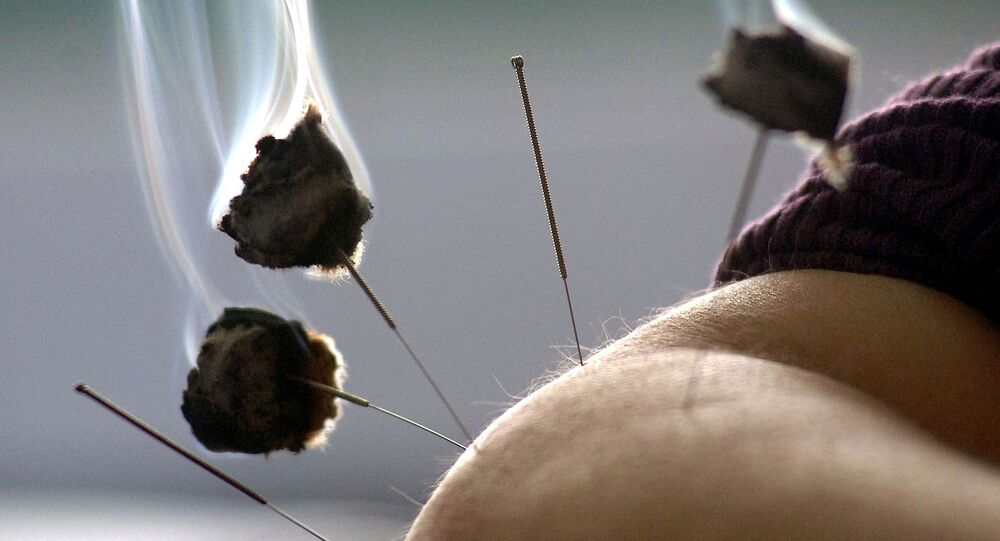 Russian military doctors will visit China in order to become familiar with methods of Chinese doctors and further develop collaboration in the field of Chinese medicine.

MOSCOW, January 20 (Sputnik) —During an official visit to China, a Russian delegation plans to visit civil and military health institutes to hold a series of meetings with Chinese counterparts, announced the press release of the Russian Defense Ministry.

© Flickr / Alex Twose
Russia-China Trade Grows 7-10% in 10 Months: Chinese Official
Russian military doctors will visit China in order to exchange experiences within the interagency cooperation and become familiar with the methods of the Chinese doctors.

"In accordance with the decision of Minister of Defense, Sergey Shoygu, a group of military medics of Russian Defense Ministry, headed by the Chief of the Main Military Medical Directorate, General Alexander Fisun, flew to Beijing to share experiences within the interagency cooperation," read the press release.

"As a result of combined work of Russian and Chinese military doctors a number of proposals to strengthen and develop further cooperation between military medical services have been proposed," read the press release.

In November, Sergey Shoygu noted that Russia is interested in the expertise of their Chinese colleagues in the field of military medicine.

Shoygu said, "We would like to start a new chapter in our cooperation with you and offer medical facility of the Armed Forces of China to exchange offices or clinics with us. We would like you to open clinic here in Moscow, and vice versa. Hopefully, with your cooperation we will have traditional Chinese medicine. We have something to share with each other."

Putin Says Russia and China Have Joint Plans, No Disagreements

Afghanistan to Remain US ‘Observation Tower’ Over Russia, Iran, China

US Must Stay Engaged As Russia and China Stake Out Near Abroad: Deputy Defense Secretary