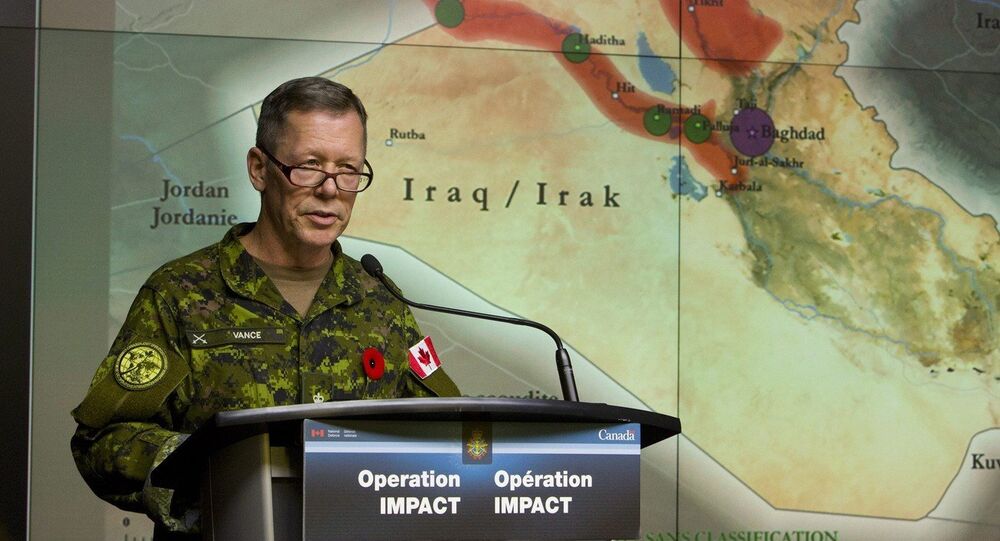 The commander of the Canadian joint operations command stated that the US-led coalition against the Islamic State extremist group is underestimating the militants, hampering the progress.

© Sputnik / Andrey Stenin
Germany Investigates 350 People Over Involvement With Islamic State
MOSCOW, January 20 (Sputnik) — The forces of the coalition against the Islamic State (IS) extremist group are "degrading" the militants, hampering their progress, Lt. Gen. Jonathan Vance, commander of the Canadian joint operations command, has said.

"Now we are degrading them," Vance was quoted as saying by CBC News on Monday. "We have disrupted their freedom of maneuver, their command and control capabilities and limited their ability to carry out large-scale operations."

According to the news outlet, Vance said that the coalition forces had stopped the advance of the IS in both Iraq and Syria, forcing the militant group into a defensive position. He noted, however, that the complete defeat of Islamic State could take years.

Canada is one of the members of the US-led international coalition against IS militants. The coalition started carrying out airstrikes against IS positions in Iraq in August 2014, extending the strikes to Syria in September.

The militant group has been operating Syria since 2012 before launching attacks in Iraq in 2014. The IS has managed to capture large parts of both countries, announcing an Islamic caliphate on the territories that have fallen under their control.