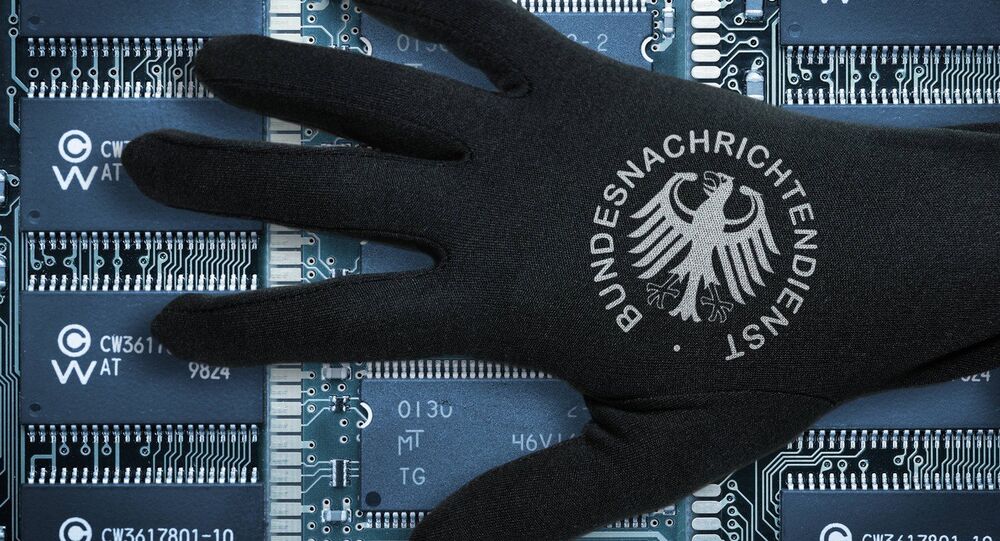 Up to 3,500 German intelligence officers working undercover abroad as diplomats and serving in countries where Germany has military missions are now at risk of being uncovered after investigators found a list of their real names on a hard drive belonging to a US double agent.

© REUTERS / Larry Downing
CIA Spy Tips Show US Intelligence Aimed Both at EU Allies, Enemies: Experts
MOSCOW, January 15 (Sputnik) – Up to 3,500 German intelligence officers working abroad, posing as diplomats and serving in countries where Germany has its military missions, now risk being uncovered, according to a report published by the German tabloid Bild.

The investigators found a list of the real names, identities and aliases of German foreign intelligence agency officers stored on the hard drive of a US double agent who was uncovered and arrested this past summer.

The name of the agent has not been released and was identified only as Markus R due to Germany's strict privacy laws.

© East News / UPI Photo / eyevine
Top US Spy Agency Creates Counterintelligence and Security Center
The German intelligence sources however say that the list was out of date and contained far fewer than 3,500 names, The Telegraph quotes Germany's DPA news agency as reporting.

Markus R was arrested last summer after being uncovered as a double agent working both for the BND and CIA.

Markus R worked in the registry section of BND’s overseas operations department, which is responsible for the protection of soldiers serving abroad. There, he had access to top secret documents, including the identities of operatives posted abroad.

© AP Photo / Cliff Owen
US Needs Surveillance Reforms as New Spy Program Exposed: Snowden Attorney
The investigators now fear he could have sold the details to some foreign intelligence agencies for a fee.

The-then 31-year-old BND employee was described as "walk-in agent" — someone who presents himself on his own to a foreign spy service and dangles an offer of secrets, according to Reuters.

He approached the CIA by email in 2012, offering to provide them with information. However, he was caught only in 2014 after he sent a similar email to the Russian Embassy in Berlin offering to sell secrets in exchange for cash, which was intercepted. At the time, the German investigators were stunned at his confession that he had been spying for the US.

CIA Involved in US Spy Operation Against Germany