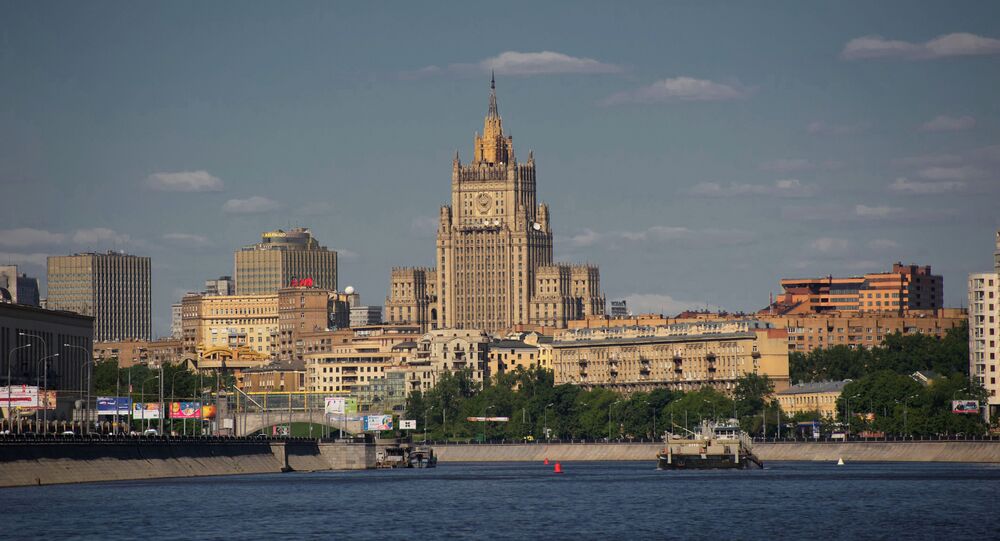 The head of the Department for Non-Proliferation and Arms Control of the Russian Foreign Ministry says Moscow could take another look at its previous commitments to the Strategic Arms Reduction Treaty (START) due to US hostility.

GENEVA, January 13 (Sputnik) — Russia could revise its commitment to the Strategic Arms Reduction Treaty (START) in response to 'unfriendly' US actions, the head of the Department for Non-Proliferation and Arms Control of the Russian Foreign Ministry said Tuesday.

© Sputnik / Dmitry Astakhov
New START Treaty Best Example of US-Russia Cooperation: Expert
"We have not taken any concrete steps in this direction, but I am not ruling out the possibility that Washington could force us to do so, to adjust our policy in this area," Mikhail Ulyanov told RIA Novosti.

"It would be quite natural, considering the unfriendly nature of US actions [in regard to Russia]," Ulyanov said.

The diplomat underlined that Russia's response could involve revision of cooperation with Washington both in the framework of the START treaty and in the area of non-proliferation.

Your leaders, in UK, US, Cnd are doing their best to start a war with Russia. See the problem? http://t.co/EM0dE2tAKq pic.twitter.com/LMHLNYvH7T

The first Strategic Arms Reduction Treaty (START) was signed by then presidents George H. W. Bush of the United States and Mikhail Gorbachev of the Soviet Union in 1991, becoming the most ambitious arms reduction deal in history.

The treaty expired in 2009 and another deal, entitled New START, was signed between Russia and the United States in 2010, coming into force the following year.

New START stipulates limiting the number of deployed ballistic missiles and heavy bombers equipped for nuclear armaments to 700, the number of deployed nuclear warheads to 1,550, and deployed and non-deployed launchers to 800. The treaty is valid until 2021 but may be extended for an additional period of up to five years.