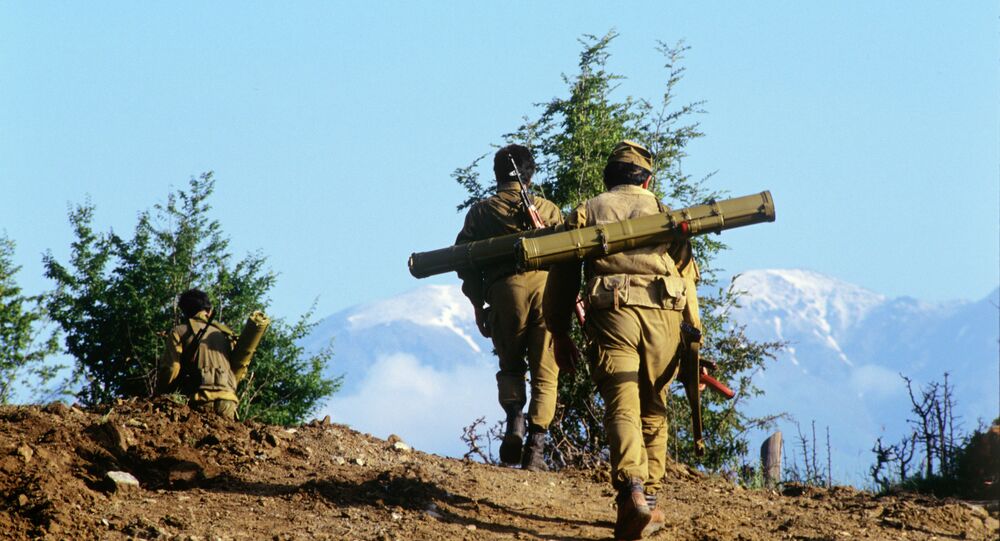 The incident is latest in conflict that has lasted decades and continues flaring up despite ceasefire agreements and negotiations.

MOSCOW, January 12 (Sputnik) – A clash on the border of Armenia and Azerbaijan has left two people dead, the AP reported.

According to Armenia’s Defense Ministry spokesman Artsrun Ovanisyan, the skirmish occurred as a result of Azerbaijani gunmen crossing the border into Armenia. One of the gunmen was killed, as well as an 80-year-old herdsman, Seryozha Sargsyan, according to Armenian news website ArmeniaNow.

According to Armenian news website Aysor, houses in the village of Berbaber in Armenia’s Berd region were damaged as a result of the skirmish. The village’s administrator told reporters that the damage was a result of large-caliber guns.

Azerbaijani news website AzerNews reported that Armenia breached the ceasefire with Azerbaijan 51 times in the past 24 hours, and that Armenian forces were silenced with retaliatory fire.

The Nagorno-Karabakh conflict began in February 1988 after the Nagorno-Karabakh Autonomous Region, predominantly populated by Armenians, announced its intention to secede from the Azerbaijan Soviet Socialist Republic. In 1991, the region proclaimed itself independent, and soon a separate republic emerged through a referendum as the Nagorno-Karabakh Republic. Azerbaijani authorities refused to recognize the decision, which resulted in a large-scale war that lasted until a Russian-brokered ceasefire was signed in May 1994.

Despite the ceasefire, clashes have occurred along the Line of Contact sporadically ever since.

Since 1992, the OSCE Minsk Group and its co-chairs Russia, France and the United States have been negotiating a lasting and peaceful settlement of the conflict.