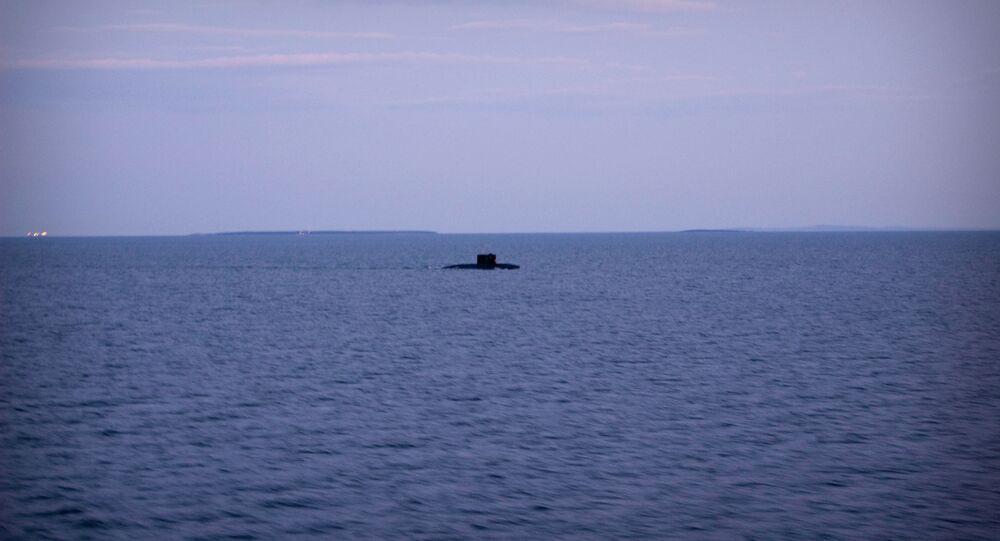 A photo of a super-secret Northern Fleet submarine appears in a top-selling car magazine.

The photo, covering a test run of a Mercedes-Benz GL 450 to Arkhangelsk, shows a deep-water nuclear-powered AS-12 Project 10830 submarine, better known as Losharik. The photo was taken from the White Sea shore where the car was undergoing an off-road test.

Experts say this is the first good quality image of Losharik, one of this country’s top secret subs.

So nicknamed for the peculiar shape of its hull, which consists of several connected titanium spheres, Losharik, according to unconfirmed reports, can dive to 6,000 m. She carries various gear to collect geological data and samples from the seabed. Her first known mission with the Russian Northern Fleet was done at a depth of 3,000 meters at the Mendeleyev ridge in the Arctic.

The Russian Navy also boasts a submarine carrier of mobile nuclear power stations, designed to bring Losharik or its Project 1851 Nelma predecessors to a designated area. Within the next 15 years, the Fleet plans to use the Podmoskovye nuclear submarine for this purpose, formerly a strategic missile sub, to replace the Orenburg, refitted from the K-129 missile submarine in 1996-2002.