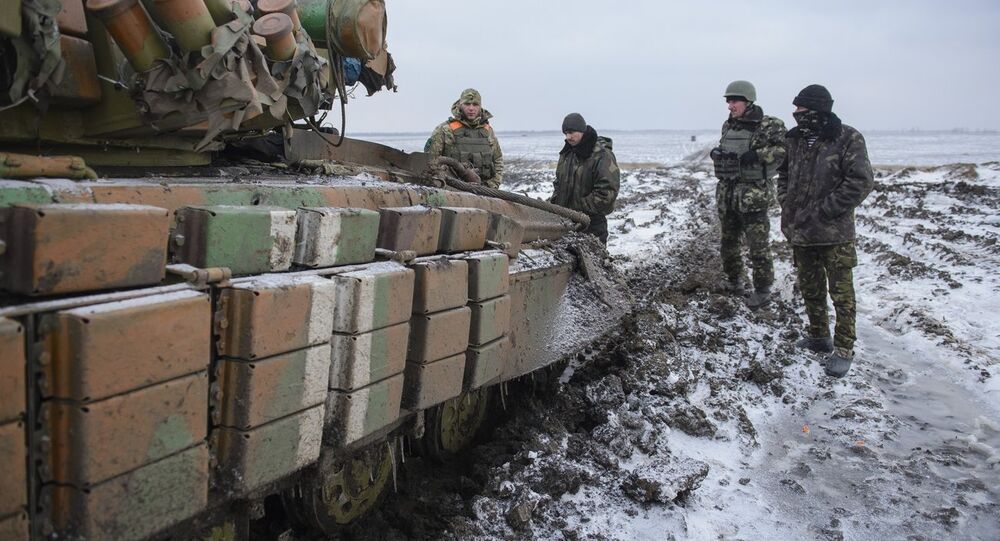 The entire amount of Australia's aid to the Ukraine's Armed Forces makes up $2.3 million, a Ukrainian Defense Ministry spokesperson says.

"In the next few days the fourth batch of cargo will arrive from Australia, whose government provides winter clothing for Ukrainian soldiers. The total amount of Australian humanitarian aid to Ukraine's Armed Forces makes up 2.68 million Australian dollars, this is about [$2.3 million]," spokesperson Viktoria Kushnir said.

© AP Photo / Rob Griffith
Australia to Provide $2Mln to Ukraine's Armed Forces: Kiev
The Ukrainian Armed Forces have been carrying out a military operation against independence supporters in the country's eastern regions since April. Since then Kiev's army has been regularly receiving aid from Western countries, including France, Spain, Norway, the United States and Poland, which have contributed technical equipment, body armor, medical supplies, power generators and lighting systems.

The last batch of aid containing winter clothing and medical equipment was sent by the United Kingdom in December.

Norway to Allocate $14.8 Mln in Financial Aid to Ukraine: Government