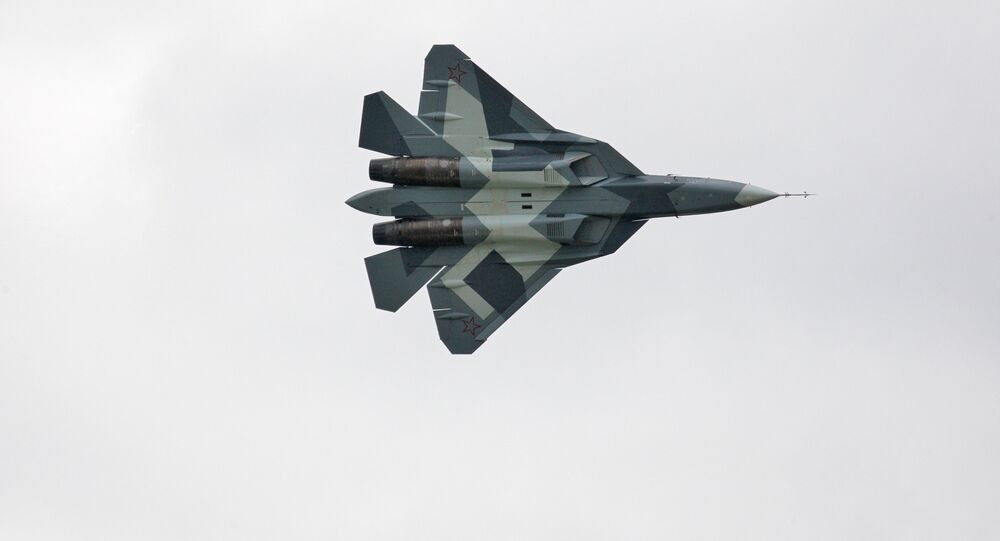 The regional director of international cooperation at the united Russian-Indian aircraft manufacturing company reported Saturday that Russia and India have completed the creation of the export version of the Sukhoi/HAL Fifth Generation Fighter Aircraft.

“As of now, we and our Indian colleagues have completed the creation of the export version of the [Sukhoi] PAK FA, known in India as FGFA. We already have documents and understanding of the scope of the next phase of design, the scale of future production,” Andrey Marshankin said in an interview with the Russian News Service radio.

Marshankin noted that while the Russian version of the fifth generation fighter jet is operated by a single pilot, the Indian Air Force prefers aircraft that are operated by two pilots.

“In difficult conditions of modern warfare it is extremely difficult to simultaneously maneuver [the aircraft] and attack the enemy. Currently, the Indian side suggests that the Indian version of the fifth generation fighter will be made for two pilots,” he said.

The Sukhoi PAK FA (T-50) is the Russian Air Force’s first stealth fighter, intended to succeed the Sukhoi Su-27, as well as the Mikoyan MiG-29 fighter jets. The aircraft conducted its first test flight in 2010 and deliveries are set to begin in 2016. The FGFA, developed jointly by Russia’s Sukhoi and India’s Hindustan Aeronautics Limited, is a derivative from the PAK FA.