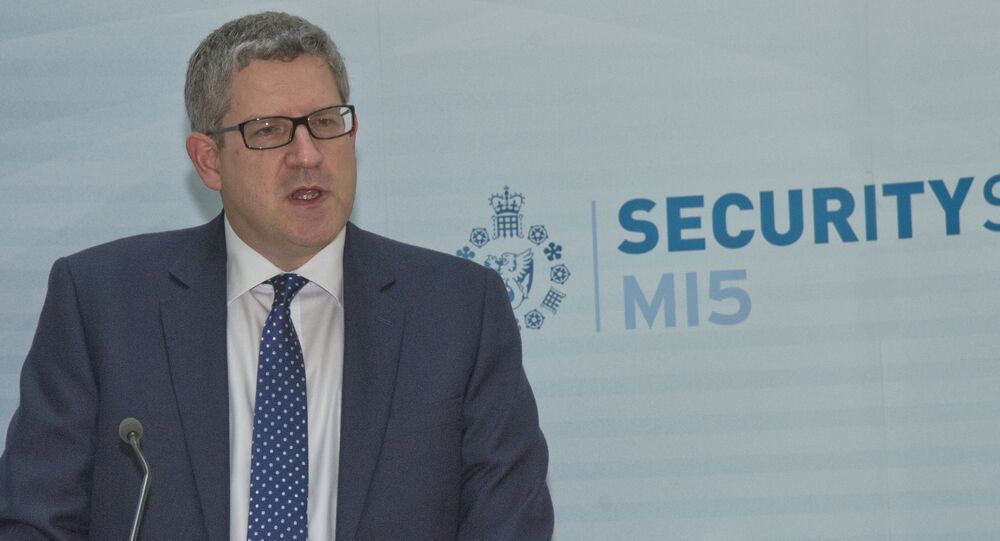 Head of Britain's MI5 agency reportedly said that a group of core al-Qaeda terrorists in Syria is planning attacks, adding that intelligence services cannot hope to stop them all.

MOSCOW, January 9 (Sputnik) – Militants in Syria were planning "mass casualty attacks" in the West, the head of Britain's MI5 agency Andrew Parker said, adding that intelligence services may be powerless to stop them, AFP reported.

"We know… that a group of core al-Qaeda terrorists in Syria is planning mass casualty attacks against the West," agency’s head was quoted as saying to journalists on Thursday.

© Flickr / ashabot
Britain's MI5 Offers Help to France in Investigating Charlie Hebdo Attack
"Although we and our partners try our utmost, we know that we cannot hope to stop everything," Parker was quoted by the press agency.

Earlier the head of the agency spoke about the threat from extremists amid terrorist attack on the headquarters of French satirical newspaper Charlie Hebdo. "It is too early for us to come to judgements about the precise details or origin of the attack but it is a terrible reminder of the intentions of those who wish us harm," he said in his Thursday speech in London.

He estimated that "600 extremists are among the many Britons who have travelled there (to Syria). A significant proportion has joined ISIL (IS)," and called the threat "ongoing and increasing," CBS News cited.

On Wednesday morning, three gunmen attacked the office of satirical weekly magazine Charlie Hebdo in Paris, killing 12 people and injuring 11. Late Wednesday night it was reported that French anti-terror squads began special operation in three different locations in the north-eastern city of Reims and in the nearby town of Charleville-Mezieres to arrest the suspects.