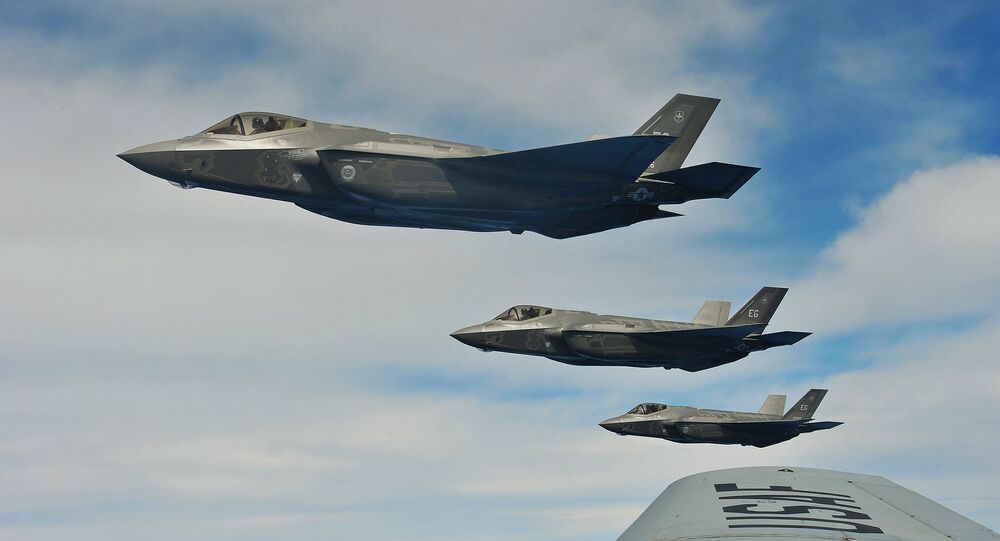 US to Permanently Base F-35 Fighters in Europe: Pentagon

“The US Air Force will permanently base the F-35 Joint Strike Fighter in Europe and the secretary of defense has selected RAF Lakenheath in the United Kingdom as the first location to host two squadrons of F-35s,” Assistant Secretary of Defense for International Security Affairs Derek Chollet said at a press conference.

The F-35s placement will lead to more collaboration, training and support opportunities between the US and the United Kingdom, the Defense Department said.

© AP Photo / Susan Walsh, File
US to Send Additional Military Trainers to Iraq: Defense Department
The F-35s and about 1,200 personnel are scheduled to arrive at RAF Lakenheath in 2020 as part of a consolidation and restructuring of US forces across Europe. RAF Mildenhall in the United Kingdom will be closed down and 3,200 US military personnel will be removed, according to the Department of Defense.

The United States plans to buy 2,443 F-35s while the 10 allied countries will purchase 721 fighters, according to the plane’s producer Lockheed Martin.