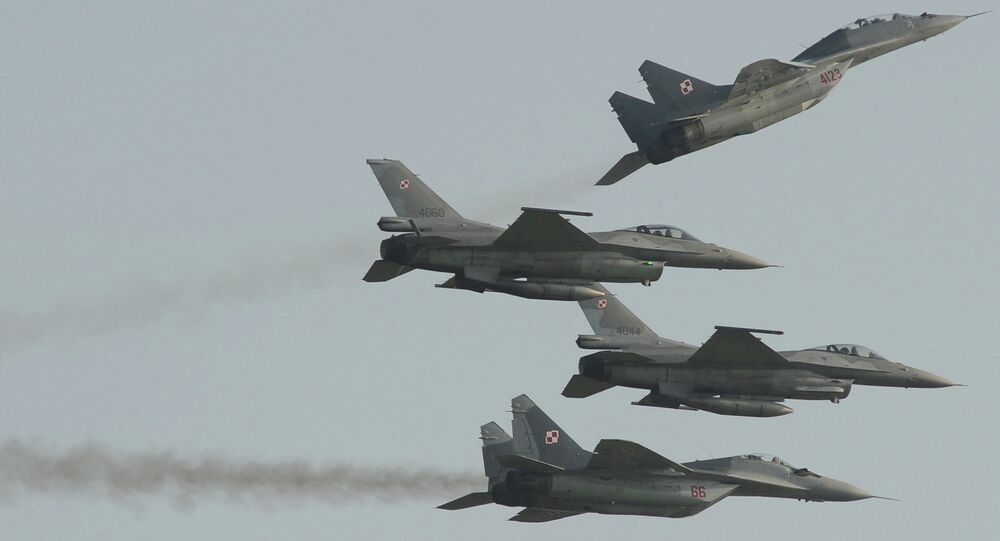 According to the ministry's Wednesday statement, the new contingent will arrive from their permanent station at the 23rd Tactical Minsk-Mazowiecki Air Base.

"The over 100-strong contingent will be manned according to a model similar to the Italian contingent to include pilots, engineers, medical personnel, provision elements, communications and other specialists," the statement read.

The Baltic States have no military airplanes suitable for air policing; and so the security of the airspace of the three countries is ensured by airplanes from other NATO members based in Lithuania's Siauliai. Polish airplanes will join four Italian Eurofighter fighter jets which have been in Lithuania since January 1.

© REUTERS / Arnd Wiegmann
NATO Secretary General to Discuss Security With Lithuanian President
The Polish Air Force will take part in the Baltic Air Policing Mission for the sixth time. Previously they ensured the security of the Baltic States' airspace in May-August 2014.

Since 2004, when Lithuania, Latvia and Estonia joined NATO, the Baltic Air Policing Mission was handled by four fighters from one of the bloc's member countries. However, with the start of the crisis in Ukraine the Alliance increased its presence in the region and doubled the number of military airplanes in Siauliai. Four other airplanes have been based in Estonia since May 1, 2014.

Lithuania, Latvia and Estonia have recently appealed for a larger NATO presence in the region amid the armed conflict in Ukraine. NATO has accused Russia of taking part in the fighting, while Moscow has dismissed the claims as groundless.