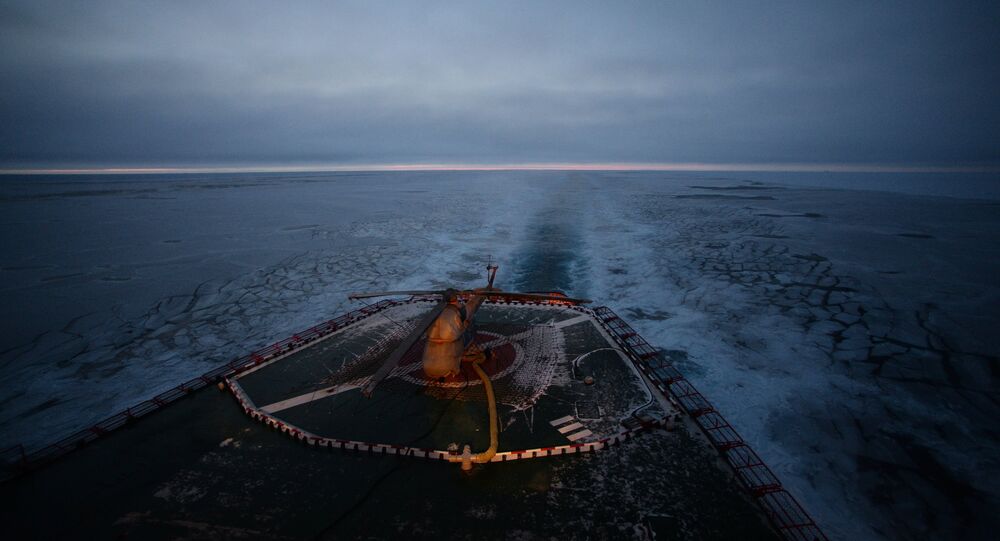 Russian Marines to Prepare for Arctic Warfare in 2015: Northern Fleet

In 2015, the Independent Marine Infantry Brigade of the Northern Fleet's United Strategic Command will focus on training in the Arctic, Serga said.

The planned exercises are aimed at increasing the proficiency of military personnel deployed on the coast of the Arctic Ocean and in other Arctic areas. The marines will practice parachute jumping and the use of small arms and artillery inside the Arctic Circle.

© Photo : Rubin
Third Borey-Class Strategic Nuclear Submarine Joins Russian Navy
In December 2014, Russia unveiled a revised military doctrine prioritizing the protection of national interests in the Arctic. The region, which is believed to have vast reserves of oil and gas, has been the focus of attention for four other nations bordering the area: the United States, Canada, Norway and Denmark.

Russian President Vladimir Putin said in December that the country is not planning to militarize the Arctic, but is taking the necessary measures to ensure its defense capabilities in the region.