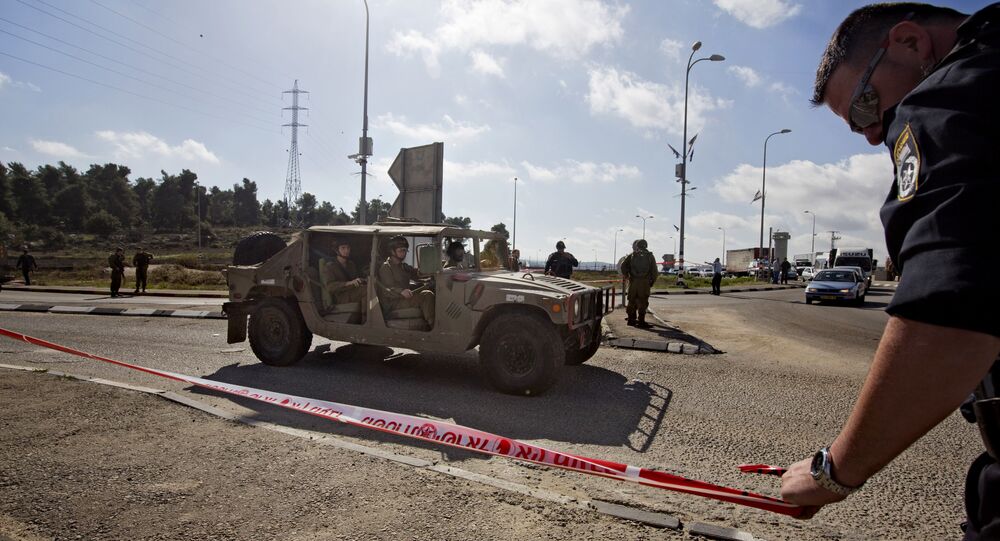 Israel to Investigate Settlers Attack on US Diplomats: State Department

© AFP 2020 / GALI TIBBON
Jewish Settlers Hurl Stones at US Consulate Staff in West Bank: Reports
WASHINGTON, January 3 (Sputnik) — Israeli authorities are looking for Jewish settlers in the West Bank who have attacked US diplomats, an official from the US State Department has told Sputnik.

"The Israeli authorities have communicated to us that they acknowledge the seriousness of the incident and are looking to apprehend and take appropriate action against those responsible," the official said Friday.

According to the official, the American side has video evidence of the attack that it is willing to share with the Israeli law enforcement.

"We are working with Israeli authorities in their investigation of the incident, including by offering to provide video footage taken during the incident. We take the safety and security of US personnel very seriously," the State Department official told Sputnik.

The US State Department confirmed that a vehicle from the US Consulate General was pelted with stones and confronted by a group of armed Jewish settlers in the West Bank on Friday. The US diplomats were investigating reports of settlers having uprooted 5,000 olive tree saplings belonging to Palestinians.

According to the State Department official, nobody was harmed in the attack and contrary to some media reports American personnel did not draw their weapons.

Palestinians want to create an independent state on the West Bank territories, including East Jerusalem, partially occupied by Israel, and the Gaza Strip.

The international community views Israeli settlements in the West Bank, including East Jerusalem, as illegal. These settlements are the major stumbling block in the Israeli-Palestinian peace process.

Additional Israeli Forces to Concentrate in West Bank After Stabbings