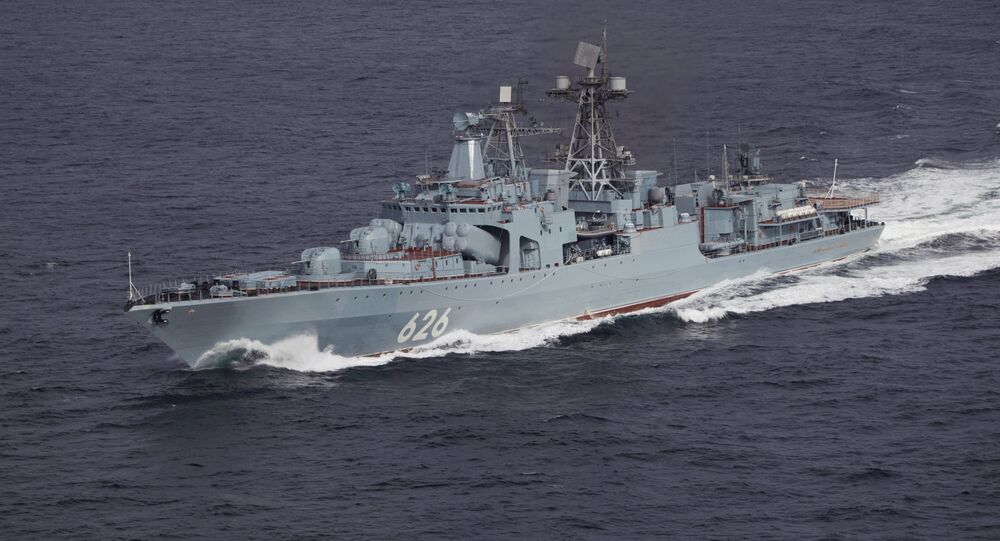 “This is the 260th day of the naval destroyer Vice-Admiral Kulakov's long journey. The vessel spent most of this time fulfilling tasks in the Mediterranean Sea, while deployed in the Russian Navy task force. The Northern Fleet’s naval destroyer has entered 11 ports in 5 Mediterranean countries,” Capt. 1st Rank Vadim Serga told journalists.

Prior to passing through the English Channel, the teams in charge of the vessel’s safety have conducted exercises on navigating in narrow areas in bad weather conditions and heavy shipping traffic.

© Sputnik / Valery Melnikov
Russia's Armata Battle Tank to Go Through State Trials in 2016
According to Serga, the current voyage of the naval destroyer Vice-Admiral Kulakov has been the longest in the modern history of Russia’s Northern Fleet, as the vessel set sail from the Fleet’s main base in Severomorsk on April 15. “It has traveled a total of more than 32,000 nautical miles since then, including in storm conditions,” Serga said.

Currently, according to Serga, the Vice-Admiral Kulakov crew is getting ready for New Year’s Eve celebrations and returning to their home base.

The Vice-Admiral Kulakov ship was commissioned in 1982 and was on combat duty with the Northern Fleet until March 1991, before being retired for repairs that lasted more than 18 years. The ship returned to the Northern Fleet's main base in the city of Severomorsk in 2010.

Russian Destroyer Sunk a Century Ago Found in Gulf of Finland