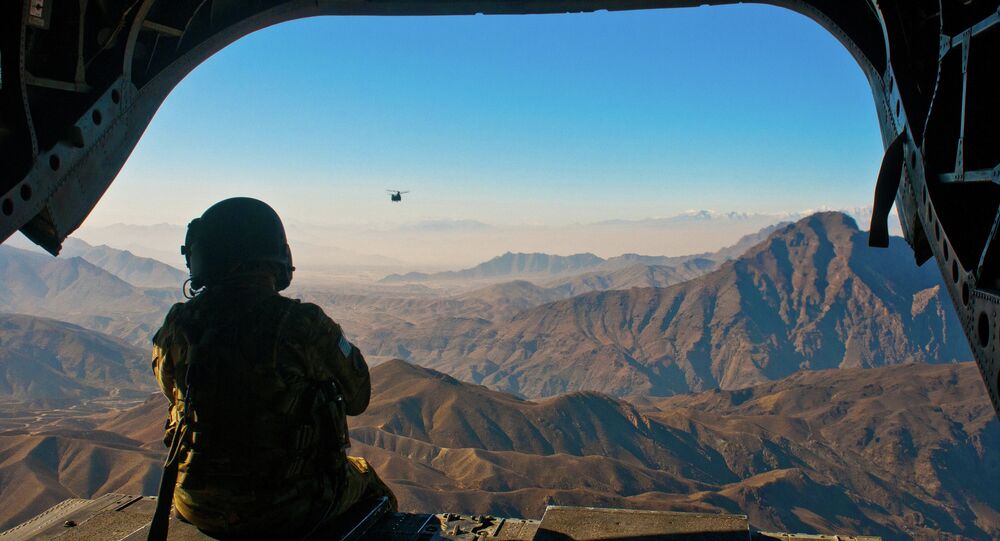 NATO forces in Afghanistan not only conducted bombing raids against the Taliban leadership as a last resort to prevent attacks, but also routinely targeted mid- and lower- level group members, leading to civilian deaths, according to the classified documents Der Spiegel has obtained access to.

© REUTERS / Lucas Jackson
US Continuous Military Presence in Afghanistan Aims to Save Obama’s Face
MOSCOW, December 30 (Sputnik) – Lethal NATO missions in Afghanistan were not just viewed as a last resort to prevent attacks and target Taliban leaders; in fact, they were part of everyday life and were aimed at low-ranking fighters, according to classified documents accessed by Der Spiegel.

Secret documents obtained from the International Security Assistance Force (ISAF), the National Security Agency (NSA) and Government Communications Headquarters (GCHQ) show that the so-called Kill List also included up to 750 “minor” fighters, such as drug dealers, who were included only for their alleged support of the insurgents.

© Flickr / The U.S. Army
After 13 Years US Military Campaign in Afghanistan Proves to Be Inefficient
The papers come from the archive of whistleblower Edward Snowden and cover the period from 2009-2011, when US General Stanley McChrystal and then-General David Petraeus led operations during the first years of Obama’s presidency.

Drawing on field reports and internal papers, Der Spiegel recounts an attempted attack on a Taliban member named Mullah Niaz Mohammed, nicknamed “Doody”, who was number 3,673 on the NATO Kill List in 2011. Instead of killing the target, the bombing resulted in the death of a nearby child, while critically injuring the child’s father.

On December 28, the US-led coalition formally ended its 13-year military campaign in Afghanistan. However, the longstanding military confrontation with the Taliban has not led to a victory over steadily-expanding Islamic extremism in the region, according to a US State Department report released in April 2014.

According to UN estimates, the death toll among peaceful civilians is on the rise: this year it totaled over 3,100, while in 2007 it amounted to 1,523. Experts estimate that by the end of 2014, the overall number of civilian deaths will reach 10,000.