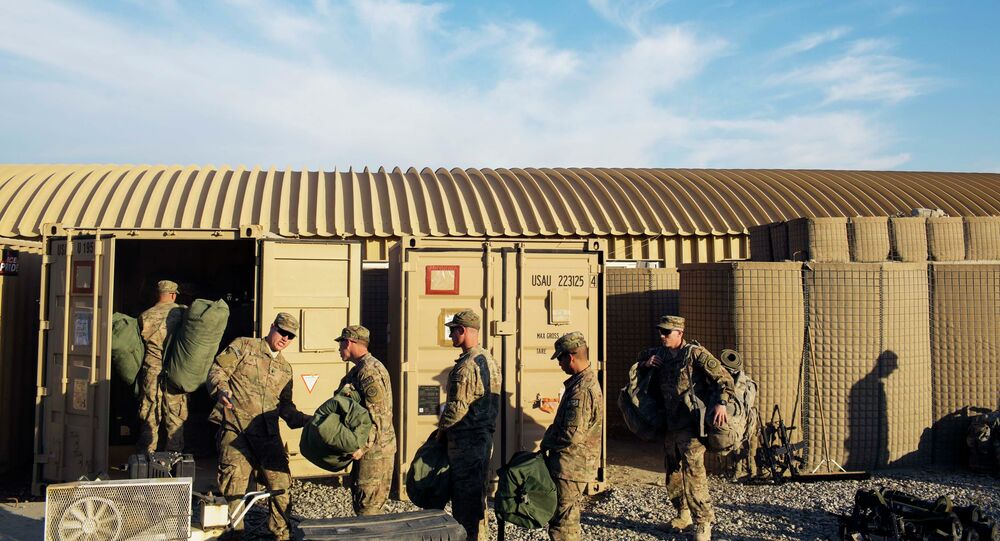 NATO formally ended its 13-year mission in Afghanistan with a ceremony held in Kabul amid fears of growing insurgency in the country.

On January 1, the Resolute Support mission will replace the International Security Assistance Force (ISAF), created in the aftermath of the 9/11 terrorist attacks in the US to tackle insurgency in Afghanistan. Resolute Support is a non-combat NATO-led mission, which will be tasked with training and mentoring Afghan National Security Forces (ANSF). Approximately 13,500 NATO soldiers, mostly from the US, will remain in the country.

Today marks the ceremonial Change of Mission from ISAF to the Resolute Support mission. We will live tweet as the event unfolds!

"Together… we have lifted the Afghan people out of the darkness of despair and given them hope for the future," General John Campbell told NATO soldiers at the ceremony, as quoted by AFP. "You've made Afghanistan stronger and our countries safer," he stated.

"The road before us remains challenging, but we will triumph," he added, according to ISAF’s official Twitter account.

Gen. Campbell:"The road before us remains challenging, but we will triumph."

From General Domrose:"ISAF.. an organization filled with heroes who traveled far from their homelands to defend and support Afghanistan."

"The US and NATO mission was an absolute failure as today’s ceremony shows," Zabihullah Mujahid, a Taliban spokesman, told AFP. "They are fleeing from Afghanistan. They have not reached their goals in defeating the Afghan mujahideen, but they are keeping some forces here to reach their vicious aims," he stated.

© AP Photo / Massoud Hossaini
US, Germany, Italy, Turkey to Lead New NATO Mission in Afghanistan
The end of the mission comes amid fears of growing insurgency in the country. A record number of civilians were killed in Afghanistan in 2014 by the end of November, according to the UN. In the same timeframe, Afghan security forces lost over 4,600 people, as reported by AFP.

"The ISAF mission hasn't solved the main problem in Afghanistan," said Thomas Ruttig, co-director of the "Afghan Analyst Network" based in Kabul and Berlin, as quoted by Deutsche Welle. "The war is not over yet, dismantling the Taliban came to nothing, insurgences have spread across the entire country, and since 2010 the level of violence in Afghanistan is higher than in all previous years," he added.

"Yes, there are threats, but we don’t want others to carry our burden forever," said Major General Afzal Aman, chief of operations at the Afghan Ministry of Defense, as quoted by the Wall Street Journal. "We are responsible for our own country," he stated.