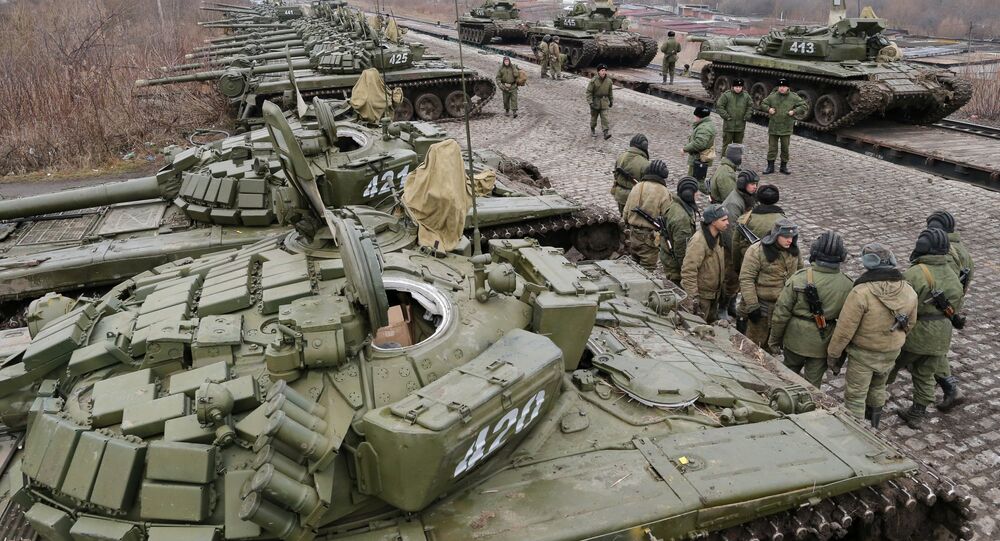 According to the updated Russia's military doctrine, NATO military buildup, the development and deployment of strategic missile defense systems, the implementation of the 'global strike' doctrine are among main external threats to the country's security.

Is NATO really a threat to Russia?
Voted: 1
All polls
MOSCOW, December 26 (Sputnik) — President Vladimir Putin has signed an updated version of Russia's military doctrine, which highlights expansion of NATO's military capabilities among main threats to national security, the Kremlin said in a statement on Friday.

"Despite a decreased likelihood of a large-scale war against Russia, some security threats continue to grow," the revised doctrine says.

© Sputnik / Alexei Druzhinin
Putin: Russia's Military Doctrine Remains Defensive Despite NATO Buildup
According to the text of the revised doctrine, "NATO's military buildup" and the bloc's expansion toward the Russian borders are among the main external threats to Russia's security.

Other external threats include the development and deployment of strategic missile defense systems, the implementation of the 'global strike' doctrine, plans to place weapons in space as well as the deployment of high-precision conventional weapons systems.

The doctrine also identifies the main internal threats as being activities aimed at destabilizing the situation in the country, terrorist activities to harm the sovereignty and territorial integrity of Russia, as well as actions involving anti-Russian and anti-patriotic propaganda.

Russia’s revised military doctrine for the first time ever named the protection of national interests in the Arctic among the main priorities for its armed forces in times of peace.

The updated section about main objectives for the armed forces and other defense bodies in peaceful time now includes “the protection of national interests of the Russian Federation in the Arctic.”

Discussions on protecting national interests in the Arctic have arisen in Russia as the region, which is believed to have vast untapped reserves of oil and gas, has been the focus of much attention in four other countries bordering the area: the United States, Canada, Norway, and Denmark.

Earlier in December, President Vladimir Putin stated that Russia was not planning to militarize the Arctic, but was taking the necessary measures to ensure its defense capability in the region.

In April, President Vladimir Putin said that Russia would build a unified network of military facilities in its Arctic territories to host troops, advanced warships and aircraft, as part of a plan to boost the defense of national interests and borders in the region.

The recent actions taken by NATO following Crimea’s reunification with Russia in March, namely boosting its military presence in Poland and in the former Soviet Baltic republics of Latvia, Lithuania and Estonia, have aroused dissatisfaction in Russia.

In April, the alliance ceased all practical cooperation with Russia, limiting contact to ambassadorial and higher levels. And the country's Foreign Minister Sergei Lavrov repeatedly described NATO expansion as a mistake that undermines European stability.

Russia-NATO Relations to Collapse on Ukraine's Accession to Alliance