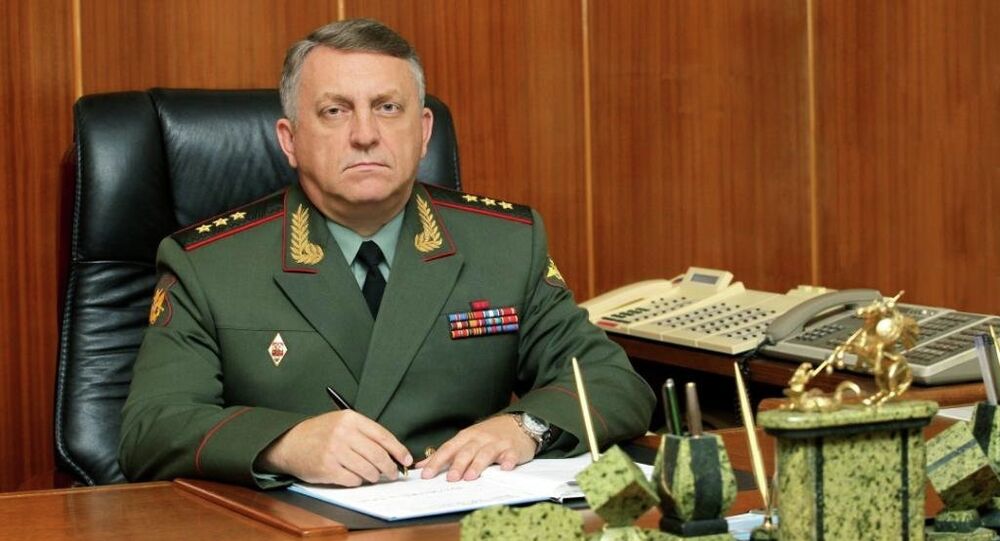 The 100-ton Sarmat ICBM with an operational range of no less than 5,500 kilometers is to replace the military’s current Satans between 2018 and 2020.

© Sputnik / Mikhail Fomitchev
New Russian Space Anti-Ballistic Missile System On-Track for 2020: Engineer
“This heavy rocket will be deployed in Uzhur [in the Krasnoyarsk Territory] and the village of Dombarovsky [in the Oregnburg Region],” Karakayev said.

The new ICBM's operational and physical characteristics are classified, and its components are currently being tested. Only Russian enterprises are involved in the production of the missiles.

Federal State Unitary Enterprise
Russia Test-Launches Bulava Sea-Based Ballistic Missile
In December 2013, the SMF chief said that the Sarmat is expected to feature advanced countermeasures, such as a complex command and control systems and a high degree of maneuverability, enabling it to penetrate missile defense systems.

The SS-18 Satan missiles introduced in 1975 were the first Soviet-made multiple independently targetable reentry vehicle missiles. The silo-housed and highly accurate missiles are believed to pose a serious threat to US land-based strategic missile systems.

Putin: US Creates Threats for Russia by Building Missile Shield