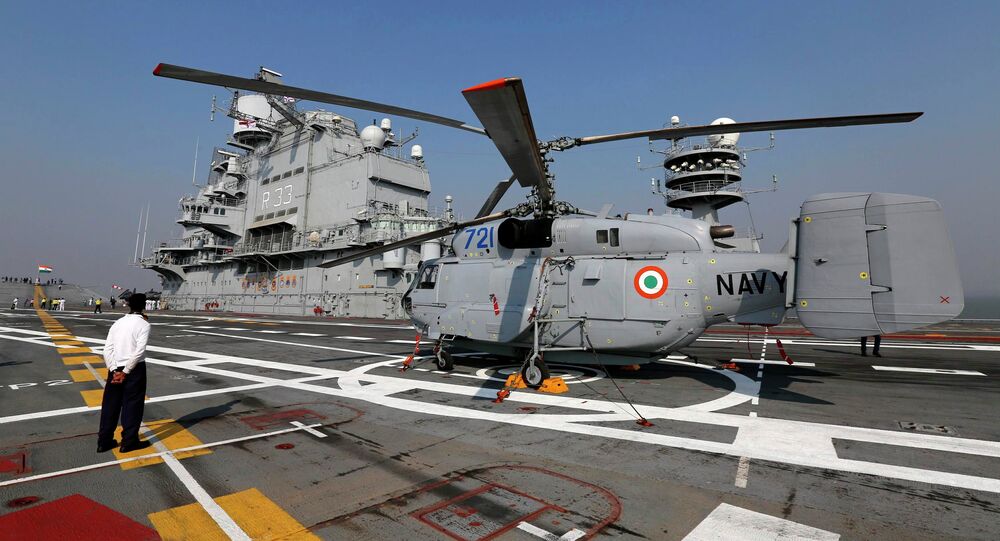 MOSCOW, December 19 (Sputnik), Ekaterina Blinova – Russia will provide India with its most advanced weapons and technologies in order to renew Delhi's aging military hardware; since the countries have launched joint military projects, India has obtained new opportunities on the weapons market.

"Russia wants early inking of the final R&D contract for the joint fifth-generation fighter (FGFA) project, in which India will invest $5.5 billion to develop a stealth fighter. India will spend around $25 billion on 127 such fighters, to be built domestically, in the FGFA project," the Times of India reported.

India will also assemble 400 Russian Ka-226T helicopters a year. The deal is important to India, since the country needs to upgrade its aging military hardware.

"I am pleased that Russia has offered to fully manufacture in India one of its most advanced helicopters. It includes the possibility of exports from India. It can be used for both military and civilian use. We will follow up on this quickly," Indian Prime Minister Narendra Modi said in an official statement as quoted by Defense News.

Wonderful day with President Putin. Our meeting was comprehensive. India's partnership with Russia is incomparable. pic.twitter.com/YZJiREw5oN

Russia is also ready to provide India with its Akula-II class nuclear-powered submarines, which will bolster India's capability to maintain control over its territorial waters in the Indian Ocean amid growing geopolitical tensions in the region.

Bloomberg notes that India acquired its first nuclear submarine costing $1 billion from Russia in 2012. Delhi is intended to renew its old diesel-power fleet of submarines, since "half of them were commissioned in the 1980s."

"Russia will remain our most important defense partner," Prime Minister Narendra Modi underscored during his meeting with Vladimir Putin earlier this month, pledging to deepen the defense cooperation.