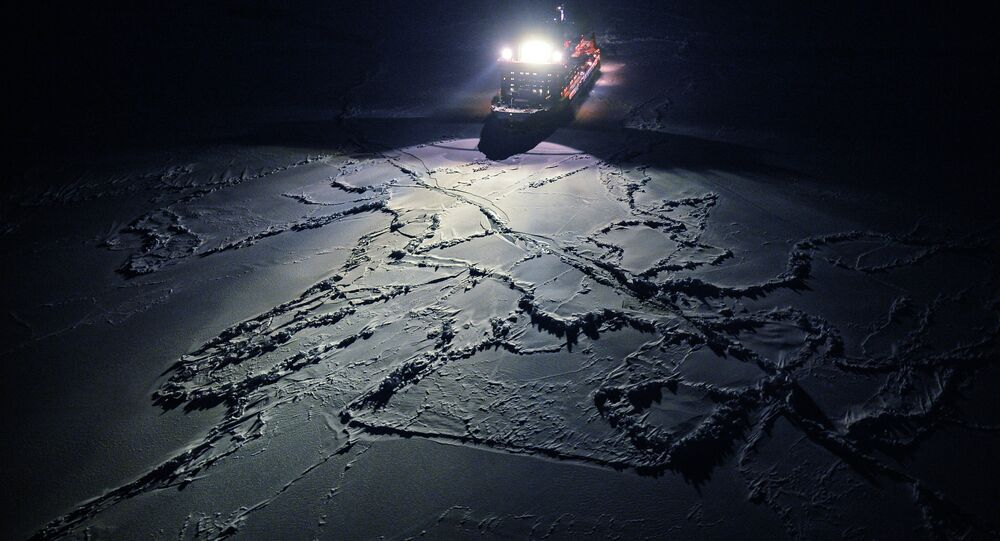 Putin: Russia Has No Plans to Militarize Arctic

Russian President Putin said at a meeting with the top military brass in Moscow that Russia's actions in the Artic region were measured and reasonably moderate.

MOSCOW, December 19 (Sputnik) — Russia is not planning to militarize the Arctic but is taking measures necessary to ensure its defense capability in this strategically important region, President Vladimir Putin said on Friday.

© Sputnik / Alexei Druzhinin
Putin: Russia's Military Doctrine Remains Defensive Despite NATO Buildup
"Once again I stress that we are not going to engage in the militarization of the Arctic. Our actions in the region are measured and reasonably moderate, and they are absolutely necessary to ensure Russian defense capabilities," the president said at a meeting with the top military brass in Moscow.

Putin said that the military infrastructure on the islands of Novaya Zemlya, Kotelny and Wrangel should be completed in 2015 and asked senior Defense Ministry officials to keep constant control over the construction.

In April 2014, President Vladimir Putin said that Russia would build a unified network of military facilities in its Arctic territories to host troops, advanced warships and aircraft, as part of a plan to boost the defense of national interests and borders in the region.

The head of the National Defense Management Center, Lt. Gen. Mikhail Mizintsev said in October that Russia is planning to build at least 13 airfields, an air-ground firing range and ten radar and vectoring posts in the Arctic region.