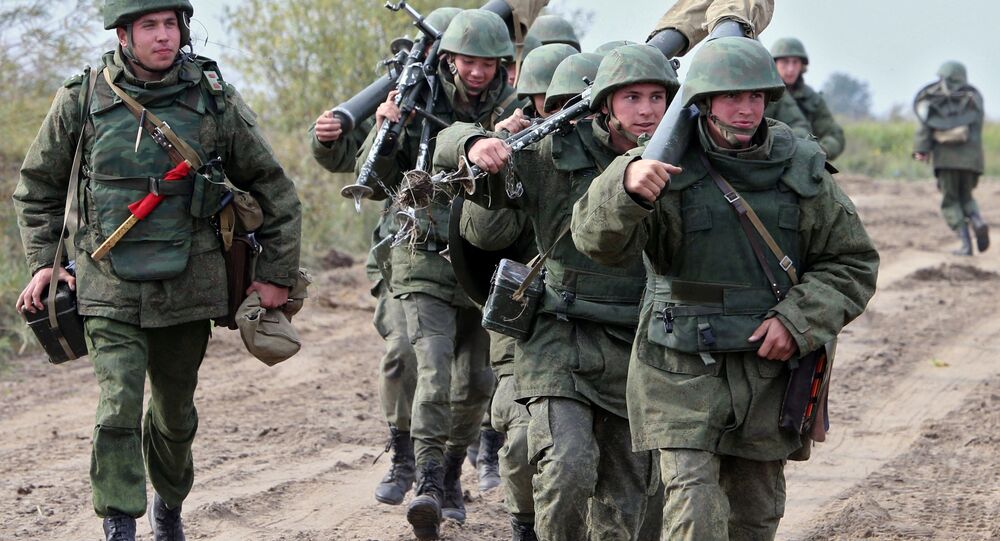 The Russian Defense Ministry plans to contract at least 50,000 professional soldiers next year and bring the total to nearly 350,000-355,000 people.

“More than 90,000 people have been chosen and contracted in 2014. As a result, the number of such soldiers in the Russian armed forces has set a historic record,” the official told reporters.

© AP Photo / Laetitia Notarianni
Plan for Russian Military Equipment Import Substitutions for 2014 Complete
He said that the Defense Ministry plans to contract at least 55,000 professional soldiers next year and bring their total to some 350,000-355,000 servicemen.

Russia is currently implementing an ambitious 20-trillion ruble (about $335 billion at the current exchange rate) rearmament program, planned to be finished by 2020.

The program is part of the large-scale 2008 military reform, which envisions a significant downsizing of the armed forces, a reduction of the number of conscripts and an increase in the number of professional soldiers.

On December 10, Chief of the General Staff Valery Gerasimov said the Russian Defense Ministry was planning to purchase up to 100 combat planes, over 120 helicopters, up to 30 naval vessels and some 600 armored vehicles annually in the next five years.