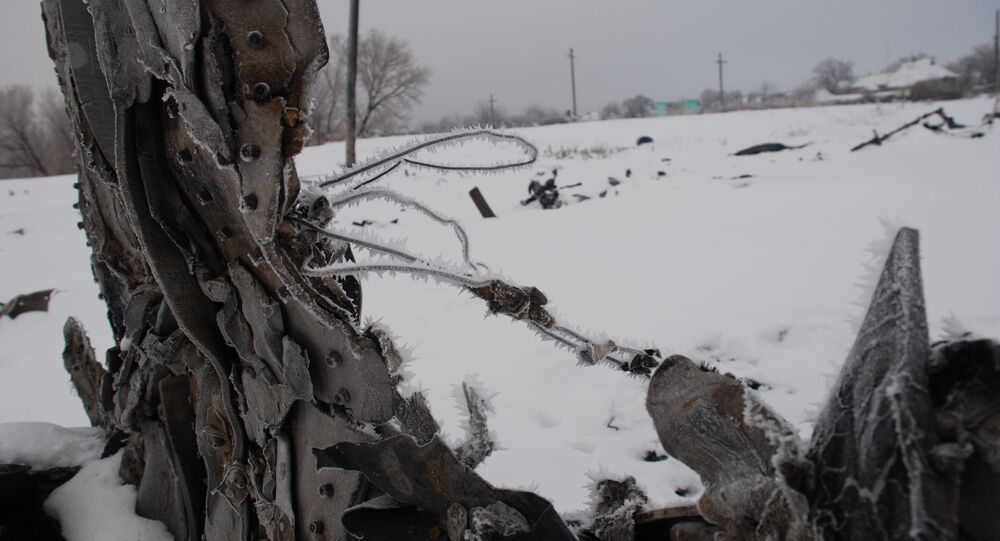 The Assistant Secretary of US Department of State's European and Eurasian Affairs stated that the US had given all the information on MH17 crash to Dutch investigators and the International Civil Aviation Organization (ICAO).

© Sputnik / Alexei Kudenko
Malaysia Will Take Part in Reconstruction of MH17 Wreckage in Netherlands: Minister
WASHINGTON, December 17 (Sputnik) – The United States has provided all information on MH17 crash to Dutch investigators and the International Civil Aviation Organization (ICAO), the Assistant Secretary of US Department of State's European and Eurasian Affairs said Wednesday.

"We have given all of our information, including our classified information to the Dutch who are the investigators and to ICAO… So any efforts to say that we have not are also untrue," Victoria Nuland said at the American Enterprise Institute.

She said that after the July 17 crash of the Malaysia Airlines MH17 flight in eastern Ukraine that killed 298 people, US Secretary of State John Kerry provided a detailed description of how the United States believed the plane had crashed.

© Sputnik
Dutch Authorities Turn Down Request for UN Probe Into MH17 Disaster: Agency
Nuland added that the Dutch are likely to ask Washington to disclose some of that classified information.

"I think we will be able to help in that," she said. "But the best declassified set of information from US assets is still contained in what Secretary Kerry said that day."

Nuland also stressed that the United States has been very clear publicly and privately with Russia with regard to what they know, however, questions if Moscow has shared all of its information.

"We encourage both the Dutch and ICAO to seek information from Russia, because there's been a lot of funky theories coming from the Russian public," Nuland concluded.

A preliminary report on the crash said that MH17 likely broke up in mid-air after high-energy objects penetrated its fuselage.

The wreckage of the Malaysian airplane arrived at a military airbase in the Netherlands in December for a reconstruction of the fallen Boeing 777 plane. Dutch crash investigators hope the reconstruction will reveal what exactly brought the plane down.

Kiev has accused eastern Ukraine's independence supporters of shooting the plane down, while local militia leaders said they did not have weapons, capable of striking an aircraft flying at 32,000 feet.