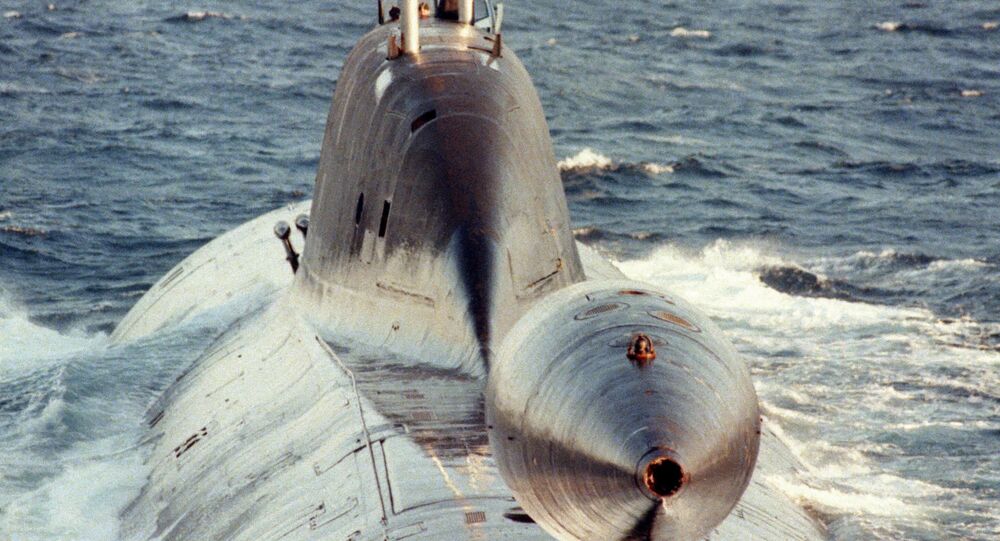 India may lease one more Russian Akula-class nuclear-powered submarine, which is capable of dealing with both underwater and surface targets and can be equipped with torpedoes and mines, as well as with long-range missiles.

According to the media outlet, the possibility of the lease was indicated by India's Defense Minister Manohar Parrikar, in a meeting with journalists following Russian President Vladimir Putin's visit to India last week.

In 2012, India began a 10-year lease of the Akula-class submarine Nerpa. After joining India's Navy, the submarine was renamed INS Chakra.

© Sputnik / Oleg Lastochkin
New Stealth Submarine to Join Russian Navy by End of Year: Defense Ministry
Reports in Russian media suggesting the lease of another submarine appeared in 2013, but were denied by Sergei Chemezov, chief of the Russian tech development corporation Rostec. He stated that the issue had not been officially discussed, and that Rostec had not received any requests from India.

Akula-class nuclear-powered attack submarines are considered to be some of the quietest in the world, due to the use of the latest technology in their construction. They are capable of dealing with both underwater and surface targets and can be equipped with torpedoes and mines, as well as with long-range missiles.

Lavrov Says Was Not Contacted During Swedish Submarine Hunt, Sub Could Be a ‘Log’