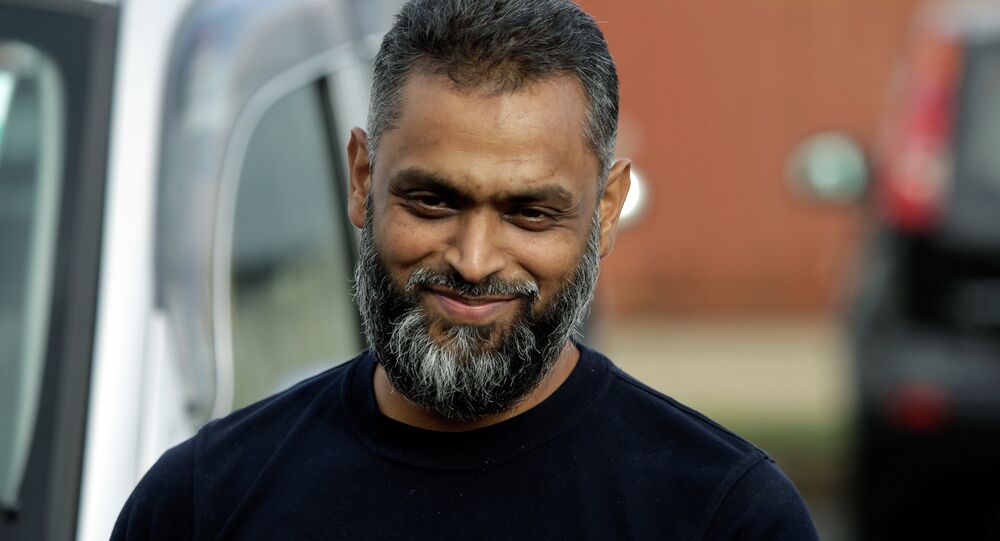 The advocate for the rights of terror suspects and former Guantanamo Bay detainee Moazzam Begg told the RT broadcaster Friday that the United Kingdom always knew about the CIA enhanced interrogation techniques.

© Sputnik / Denis Voroshiliov
Guantanamo Prisoners Better Off in Gitmo Than in US Prisons: Lawyer
MOSCOW, December 13 (Sputnik) — The United Kingdom was always well aware of the CIA torture practices, the advocate for the rights of terror suspects and former Guantanamo Bay detainee Moazzam Begg told the RT broadcaster Friday.

According to Begg, the United States and the United Kingdom worked hand-in-hand during the entire period he was detained. Begg said that in Pakistan CIA arrested him in coordination with the British intelligence. In Guantanamo Bay, he, as well as 15 other British citizens, was repeatedly questioned by the Mi5 and Mi6 agents.

“In fact, one who is still there, Shaker Aamer, he maintains that his head was repeatedly smashed against the wall in the Bagram facility in Afghanistan while MI5 agents looked on,” Begg added.

He also refuted the claims by CIA director John Brennan, who said Thursday that the intelligence gained from terror suspects, subjected to enhanced interrogation techniques, was used in the US operation that killed al-Qaeda leader Osama bin Laden.

© Sputnik / Denis Voroshilov
Detention Conditions at Guantanamo Violate Fair Trial Standards: UN
According to Begg, the investigators brutally beat him and threatened to harm his wife and children. He was also threatened to be sent back to Egypt or Syria, if he refused to cooperate. Begg said that eventually he was ready to sign anything and he was sure that many prisoners of Guantanamo did exactly the same.

“I had no idea at all what he looked like," Begg said, referring to a likeness of a terror suspect he provided his interrogators with, “but nonetheless, at least it got them off my back. And this is the sort of thing that many people did, it wasn’t just me.”

Moazzam Begg, a 45-year-old from Birmingham, had been locked up for months after making a trip to war-torn Syria where he allegedly visited a terrorist training camp between October 9, 2012, and April 9, 2013. In 2002, Begg was arrested in Pakistan by the United States and spent three years at the United States' Bagram prison near Afghanistan's capital Kabul and at the much-criticized US Guantanamo Bay detention facility in Cuba. No formal charges followed.

In 2014, Begg was charged with the possession of a document for the purposes of funding and training terrorists. Begg was then sent to Belmarsh Prison in southeast London.

A London court ruled to release Begg on October 1, after the prosecution said it did not have evidence to support terrorism charges.

Most Guantanamo Prisoners Have No Intention to Return to Battlefield