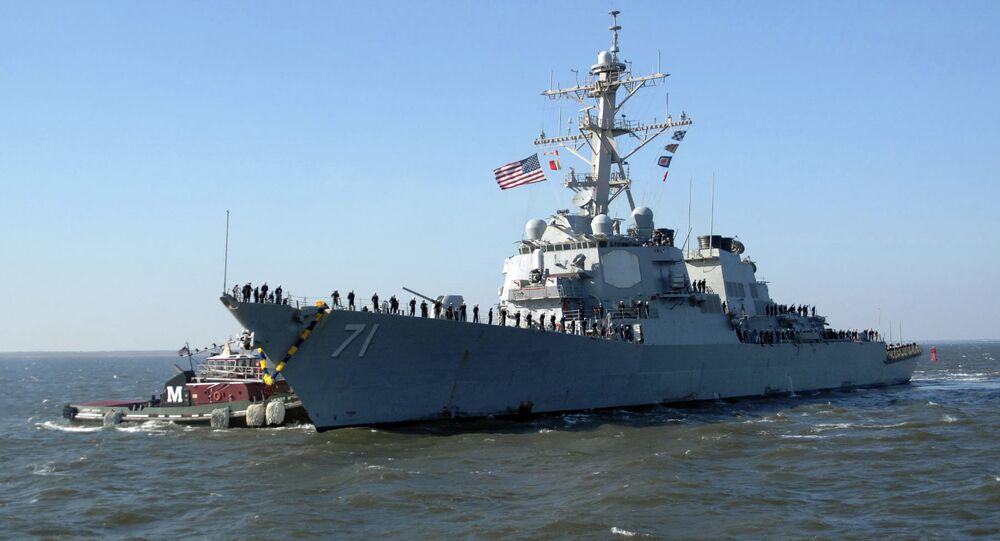 US Expands Military Presence at Spanish Naval Base

The US Defense Department has announced the addition of two more ballistic missile ships to its base in Europe, with up to 3,000 more servicemen being deployed.

NATO
NATO’s Creation of Quick Reaction Force an Act of Provocation: NGO
MOSCOW, December 7 (Sputnik) – the US is increasing military presence at its naval base in Rota, southern Spain, adding two more ships equipped with the Aegis Ballistic Missile Defense System to its fleet.

"These are the first American ships home-ported here since Polaris-missile submarines left in the 1970s," US base officials said in a statement from the Defense Department. "Two American Aegis-equipped frigates now call Rota home and two more are scheduled to join them next year," the statement detailed.

The Aegis BMD system is fitted with anti-ballistic missiles capable of hitting targets at short range inside the Earth's atmosphere, and short to intermediate range targets above the atmosphere. In 2008 the Pentagon announced it had succeeded in using the Aegis system to destroy a decaying US intelligence satellite orbiting the Earth.

US military officials said in the press release that as well as having proximity to areas of conflict like Libya, West Africa and the Middle East, ships based in the port "are also closer to the Black Sea that the USS Ross entered in September to reassure NATO allies in the wake of Russia’s annexation of Crimea and its aggression in eastern Ukraine."

Ministry of Defence of Latvia / Gatis Diezins
NATO Forces in Europe – Double Threat to Peace: Professor
In Sunday's announcement, the US military said the current expansion was first planned as a result of a 2010 NATO agreement to increase ballistic missile protection for Europe. US Navy Captain Greg Pekari said the US ships and crew in the port "are doing whatever the U.S. and NATO need to do to protect and guard our allies,” and that the current 4,000 US service member at the base is set to grow in number: "The expectation is we are going to increase by 2,500 to 3,000 Americans over the next couple of years,” the captain said.
...
Reddit
Google+
Blogger
Pinterest
StumbleUpon
Telegram
WhatsApp
35

NATO Not Ready to Cooperate Against Real Security Threats: Moscow