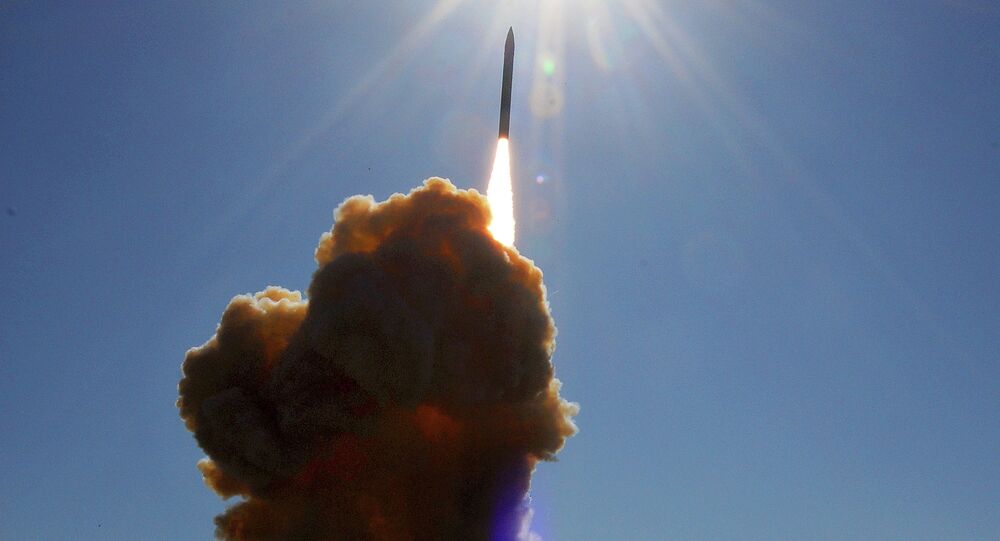 “US anxiety is centered on the fact that China is actively experimenting with weaponry that is based on hypersonic speed, which is nearly impossible to intercept using currently-available US missile defense systems,” Korotchenko told Sputnik.

It had been reported earlier that China had conducted another test of the HGV, dubbed the WU-14 by the Pentagon, an ultra-high speed vehicle capable of travelling up to eight times the speed of sound. Earlier tests of the vehicle had shown it capable of carrying nuclear warheads at a speed of over Mach 10, or 12,359 kilometers per hour.

The experimental weapon, which is designed to thwart anti-ballistic missile countermeasures, is capable of approaching its target at a relatively flat glide, reducing the likelihood of detection and the ability of any foe to launch countermeasures. The serialized production of such a delivery system would also extend the range of existing Chinese intercontinental ballistic missiles by up to a third.

© Sputnik / Sergey Mamontov
Russia to Build First Hypersonic Missiles by 2020: Missiles Corporation
Korotchenko noted that the creation of these HGVs by China “demonstrates the country’s capability of creating the necessary technology to [negatively] affect US national security.”

“At present, China’s defense industry is informed by the concept that the United States is the country’s main enemy. The Chinese military’s development plans, the configuration of Chinese forces, and the country’s desire to build a carrier fleet –all of this is taking place in the context of its rivalry with the United States,” Korotchenko said. “Therefore, the negative commentary which may be found in the American media is a reflection of the fact that the US is coming to realize the extent of the growth in China’s military capabilities, and is alarmed by it,” the expert added.

Korochenko noted that Russia too is actively working on the development of hypersonic technology, recently ‘unfreezing’ developments which had been stopped in the 1980s due to the collapse of the Soviet Union. Among the companies presently working on this task is the state corporation Tactical Missiles Corporation JSC.

Russia, US Neck and Neck in Hypersonic Research – Rogozin