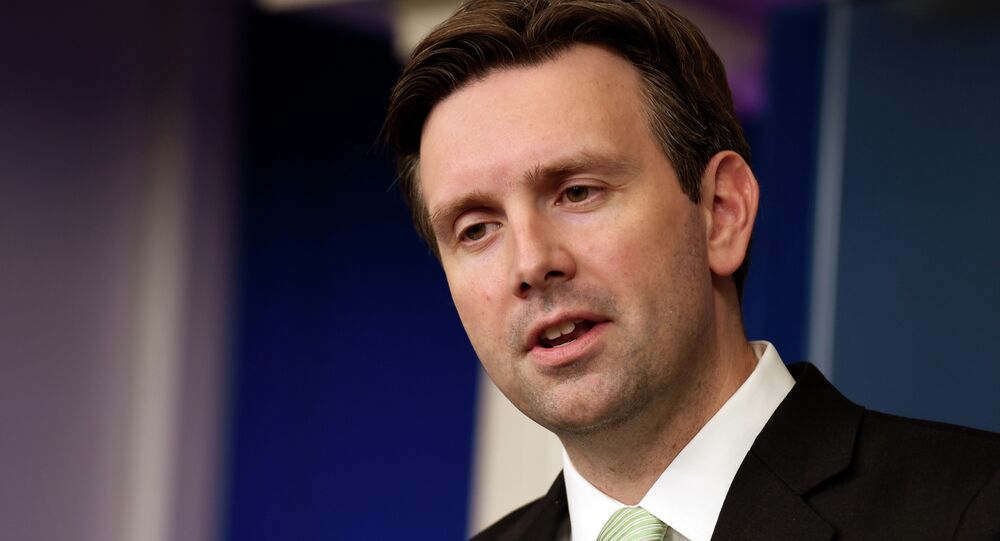 White House spokesperson Josh Earnest refused to reveal the details of the US operation, aimed at rescuing hostages held by al-Qaeda in Yemen due to the secrecy grading.

WASHINGTON, December 5 (Sputnik) – The White House has announced that the details of a US operation, aimed at rescuing hostages held by al-Qaeda in Yemen, including US citizen Luke Somers, are classified and will not be disclosed.

© East News / Lorenzo Meloni
Yemen Announces Mass Mobilization Amid Terror Threats: Source
"The details of the operation remain classified. So there's a limit to what I can discuss here. The overriding concern for Mr. Somers' safety and the safety of the US forces, who undertake these missions, made it imperative that we not disclose information related to Mr. Somers' captivity and the attempted rescue," White House spokesperson Josh Earnest said Thursday.

Earnest added that the US mission "was coordinated with the Yemeni government and was undertaken by US and Yemeni forces".

"Their effort should serve as another signal — a clear signal — to those who would do us harm that the United States will spare no effort to secure the safe return of our citizens and to hold their captors accountable," Earnest stressed.

© East News / AP Photo/Manuel Balce Ceneta
US Rescued Hostages in Yemen, Failed to Free US Citizen: Pentagon
Earlier on Thursday, Pentagon Press Secretary John Kirby said in a statement that the US military had rescued some hostages held in Yemen, but failed to free others, including Somers, as they "were not present at the targeted location".

On Wednesday night, kidnappers threatened to kill Somers, if the US government did not respond to their demands in three days' time. The US citizen was reportedly working in Yemen as a freelance journalist before he was captured by al-Qaeda in the capital Sanaa.

In August, the Obama administration made public that it had sent special operations troops into Syria to rescue US hostages, including American journalist James Foley. The operation was unsuccessful. Later Foley was executed by Islamic State (IS) militants.

According to the US Bureau of Counterterrorism, 12 Americans have been kidnapped by terrorist organizations in Syria, Libya, Yemen, Nigeria and Colombia.