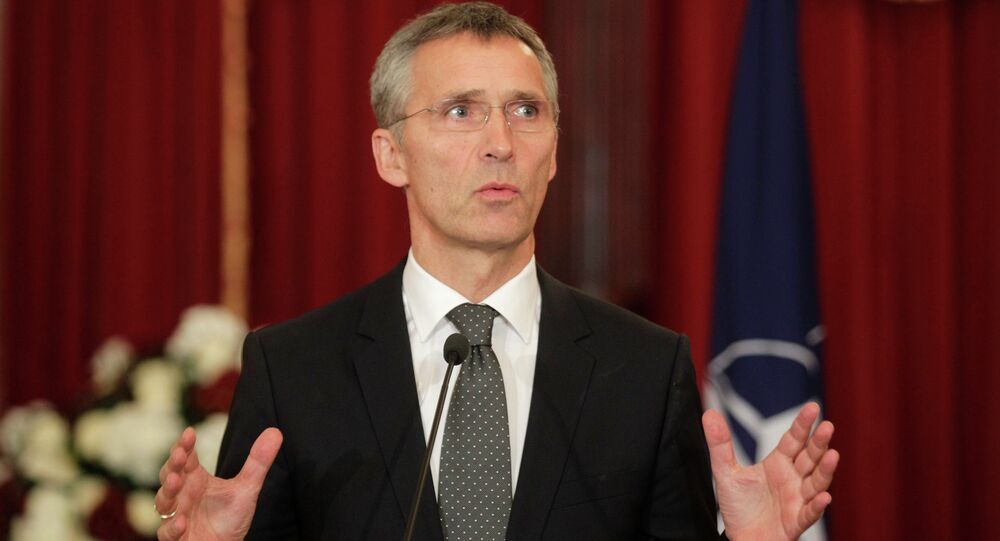 According to the press release published on NATO's official website Wednesday, the Iraqi government is sending a request to NATO for defence capacity building support.

"Prime Minister al-Abadi informed the Secretary General that the Iraqi government is sending a request to NATO for defence capacity building support," the statement said.

According to the press release, "the Alliance will consider assistance to Iraq in the framework of NATO's Defence and Related Security Capacity Building initiative."

Stoltenberg assured Abadi of NATO's commitment to the continued partnership and support in reestablishing security and stability in Iraq.

© Flickr / DVIDSHUB
US State Dep't Approves $800 Million Deal to Support Iraq Transport Planes
The NATO chief also praised the formation of an inclusive government in Iraq and stressed the necessity for the country to be united in order to counter the threat represented by Islamic State militants.

US Warplanes May Have Airlifted Weapons to IS Militants: Iraqi Official