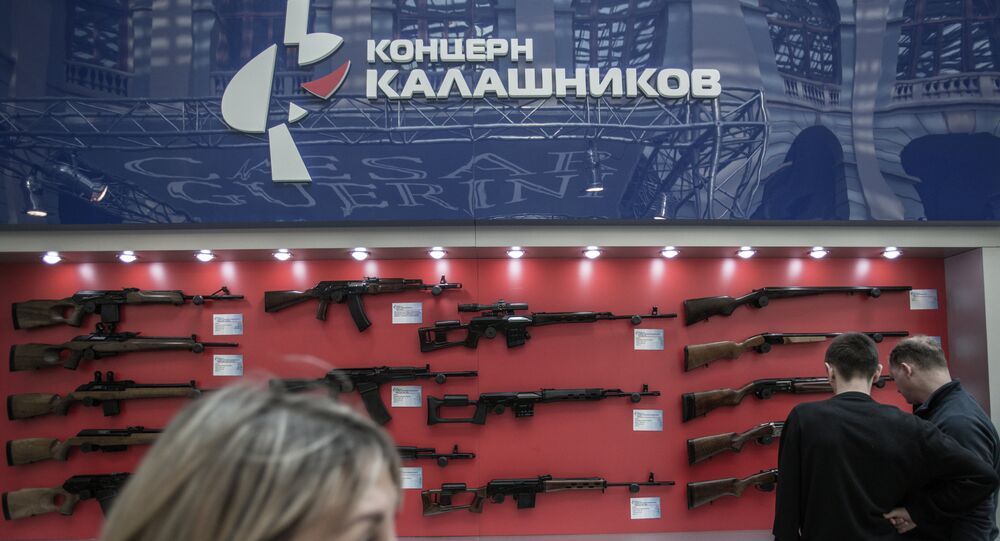 Russia's Kalashnikov Concern has identified 50 countries as potential priority buyers of its weapons by 2020. The company hopes that the present rebranding will boost its competitiveness in global arms industry.

"Speaking about military products, we have identified 50 priority countries," Krivoruchko said at a historic conference that was hosted by the Russian state technologies corporation Rostec.

The event, held in the Russian capital, announced the company's rebranding to increase "a feeling of unity" between its separate production lines. Kalashnikov representatives pointed out earlier that it was impossible to "compete with global arms industry leaders without a strong, recognizable brand."

Before Washington, Brussels and their allies imposed sanctions on Russian defense industry over Moscow's alleged interference in the Ukrainian internal conflict, Kalashnikov had exported its products to 27 countries, including the United States and the United Kingdom.