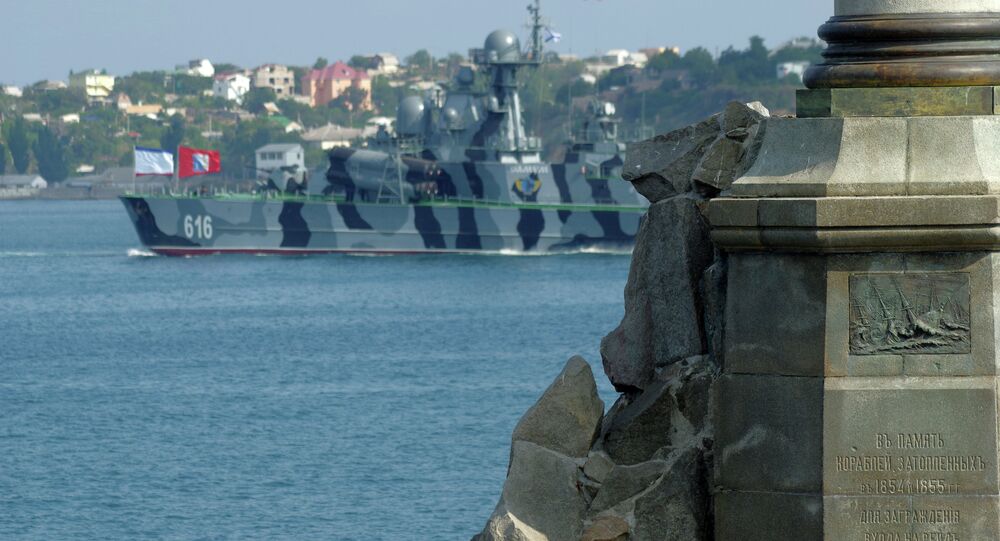 Russia's Black Sea fleet will receive new ships, submarines and auxiliary vessels in Crimea, according to the fleet's press service.

"The main efforts will be focused on the organization of combat training of newly formed units, reconstruction of ranges, construction of infrastructure of military camps in Crimea and along the coast of Caucasus and preparing for the reception of new ships, submarines and auxiliary vessels by the fleet," the statement said.

Earlier in October, Navy commander-in-chief Adm. Viktor Chirkov said that by the end of 2014, the Black Sea Fleet would commission an Admiral Grigorovich-class frigate and two Varshavyanka-class diesel electric submarines. Overall, six frigates and six submarines are expected to be commissioned by 2018

© Sputnik / Oleg Lastochkin
New Stealth Submarine to Join Russian Navy by End of Year: Defense Ministry
The Black Sea Fleet, which came into the organizational structure of the Southern Military District (SMD) in 2010, has diesel-powered submarines, surface ships, sea-based missile-carrying aviation as well as anti-submarine warfare aviation, fighters and coastal troops at its disposal. It operates in the Black and Mediterranean seas and is stationed in the city of Sevastopol.

On March 16, Crimean citizens held a referendum in which more than 96 percent of voters backed the motion to secede from Ukraine and join Russia.

On March 21, Crimea and Sevastopol, which has a special status within the region, became subjects of the Russian Federation after the Russian president signed reunification documents into law.