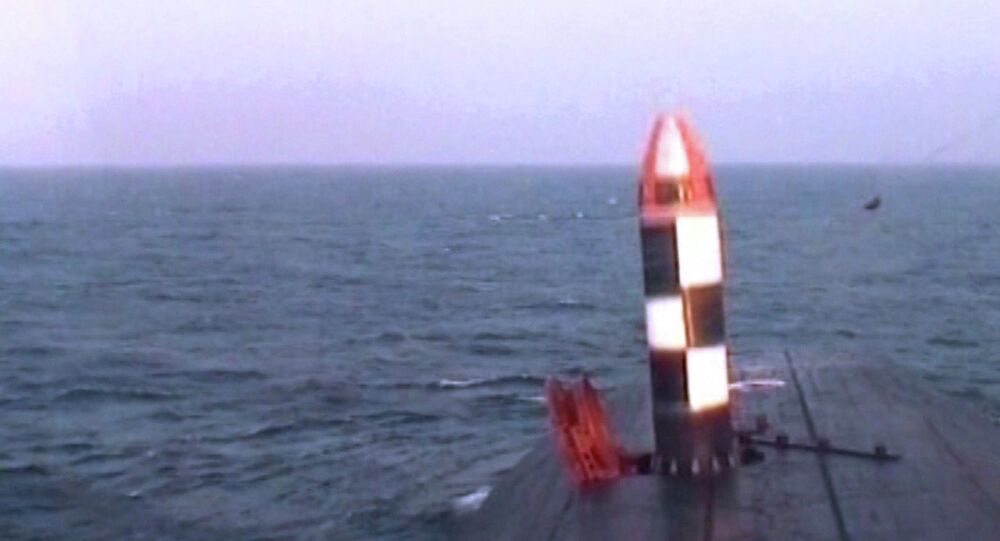 According to Russia's Defense Ministry, this year's third launch of the Bulava submarine-launched ballistic missile from the Borey-class Alexander Nevsky nuclear submarine took place on Friday.

© Photo : «Sevmash»
Russia to Launch Third and Final Bulava SLBM Last Week of November
The missile was launched from a designated location the Barents Sea and hit a selected target at the Kura test range on Russia’s Kamchatka peninsula, the ministry said in a statement.

Russia currently has two Borey-class boats in service — the Yury Dolgoruky and the Alexander Nevsky. A total of eight Borey-class vessels are expected to enter service before 2020.

Despite several test failures in the past, the recent launches confirmed the capability of the missile as the main armament for Russia’s Borey-class submarines that, according to the Ministry of Defense, are expected to become the backbone of the Russian Navy’s strategic nuclear deterrent force.

Russian Official: Next Launch of Bulava Missile May Be Multiple