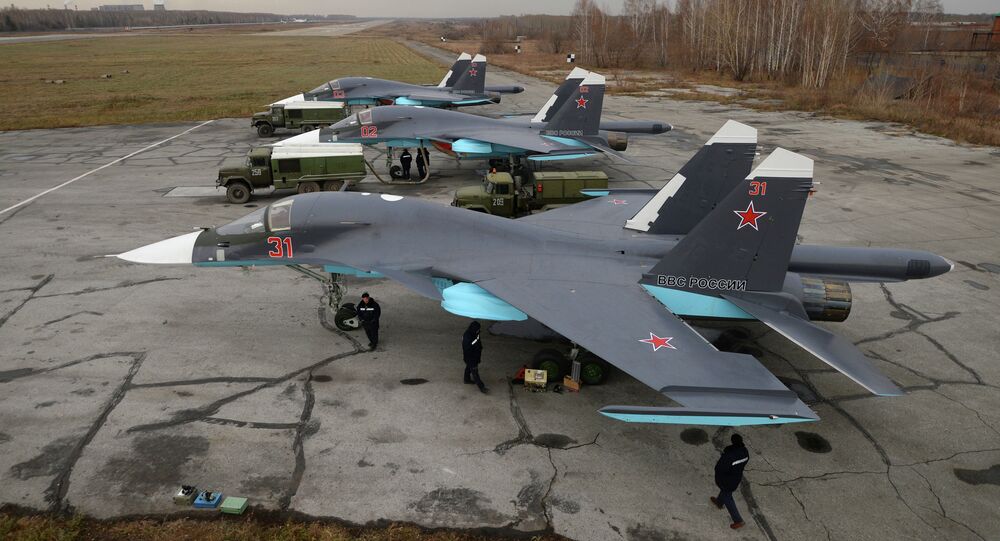 Russia Ahead of Schedule in Modernizing Military Hardware: Defense Ministry

Anatoly Gulyaev, head of the Armaments Department at the Russian Defense Ministry stated that Russia is ahead of schedule in accomplishing the task to modernize 30 percent of its military hardware.

© Sputnik
Russian Defense Ministry to Discuss Crimea Security
MOSCOW, November 27 (Sputnik) — Russia is ahead of schedule in accomplishing the task to modernize 30 percent of its military hardware by 2016, a senior defense official said Thursday.

"We have already surpassed this goal in general, although we still have the entire 2015 at our disposal," Anatoly Gulyaev, head of the Armaments Department at the Russian Defense Ministry, said in an interview with Rossiya 24 television.

© AP Photo / Wong Maye-E
US Pushed Ukraine to Edge of Civil War: Russian Defense Ministry
"In terms of main types of military hardware, the share of advanced weaponry is over 40 percent at present," Gulyaev said.

In October, it was announced that the Russian Defense Ministry planned to provide the country’s Land Force with 70 percent of modern equipment.

In 2008, Russia launched a large-scale military reform, the key point of which was the rearmament program. Under the program, Russia announced it would spend 20 trillion rubles ($430 billion at the current exchange rate) to upgrade its arsenal by 2020.