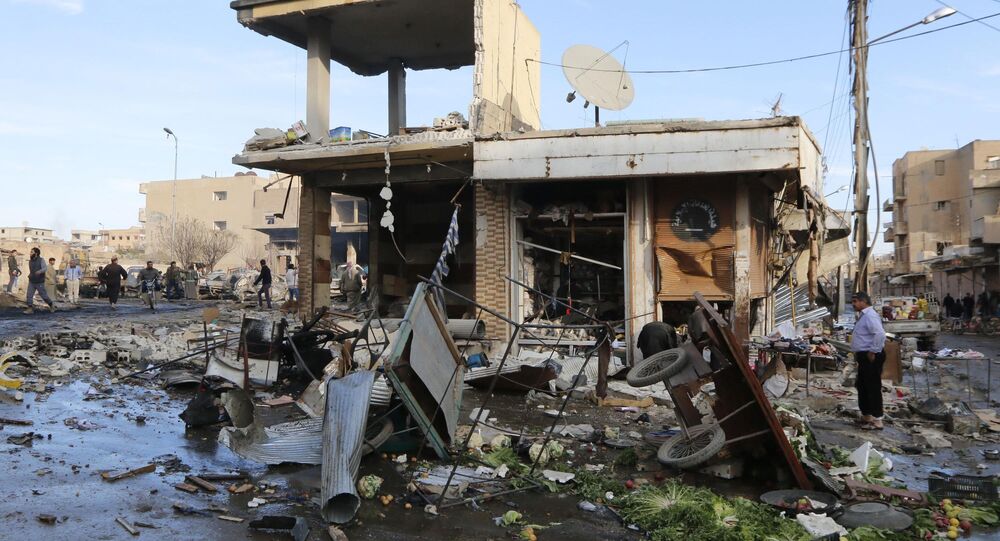 50 Civilians Killed by Coalition Airstrikes Against IS in Syria: UN

The UN Secretary General reported about 50 civilians in Syria have been killed in airstrikes, carried out by a US-led coalition, formed to eradicate the extremists.

UNITED NATIONS, November 26 (Sputnik) – Some 50 civilians in Syria have been killed in airstrikes, conducted by a US-led coalition that aims to eradicate Islamic State (IS) extremists, a report from the UN Secretary General says.

"…the international coalition continued airstrikes against ISIL in Syria on a near-daily basis with reports of some 865 people killed, including 50 civilians, in Aleppo, Deir ez-Zor, Hasakeh, Idlib and Raqqa since strikes began," the report, accompanying Tuesday's oral briefing by UN Under-Secretary-General for Humanitarian Affairs and Emergency Relief Coordinator Valerie Amos, said.

Amos stressed that "UN organizations and their partners continue to work in extreme and dangerous circumstances" adding that "sixty nine workers have been killed since the beginning of the conflict [in Syria]".

According to the UN official, the Syrian economy continues to decline amid the crisis in the country.

"Syria's economy has contracted some 40 per cent since 2011. Unemployment now exceeds 54 per cent. Three quarters of the population live in poverty. School attendance has dropped by more than 50 per cent," Amos said.

"I again appeal to donors to do more to fund humanitarian action in response to the Syria crisis. The appeal is less than half funded. We on the humanitarian side will continue to do all we can. But, as I have said to this Council on many occasions, this crisis requires a political solution. I hope, for the sake of the people of Syria, that one is found soon," the UN official concluded.

A civil war broke out in Syria in 2011 and has since claimed the lives of almost 200,000 people, according to UN estimates.

In September, US President Barack Obama announced his decision to form an international anti-IS coalition and to arm Syria's "moderate opposition" in an effort to eradicate the extremists. The US-led coalition is currently carrying out airstrikes against IS positions in Iraq and Syria.