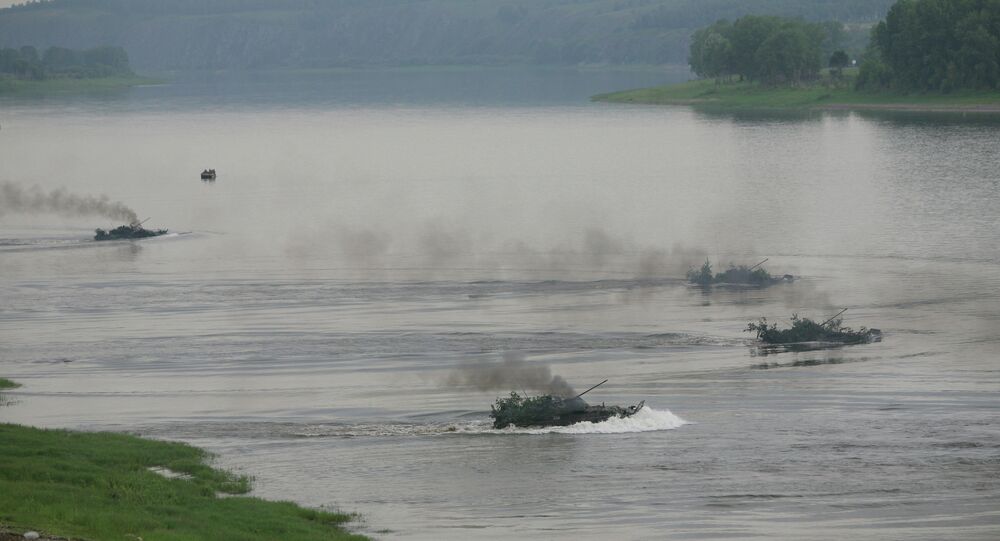 The United States is building up its military presence closer to the Russian border in line with NATO eastward expansion plans.

"The idea is eventually to move a heavy brigade combat team with its tanks and Bradley [fighting] vehicles to an area further east, such as Poland, Romania, or one of the Baltic countries," Hodges said via a video teleconference from Vilnius, Lithuania.

US Department of Defense and US State Department together with their NATO allies are now discussing the location, Hodges added.

© REUTERS / Arnd Wiegmann
Stoltenberg: Door Still Open for Ukraine to Join NATO
"Soldiers of the 1st Cavalry Division and later replacement units will rotate to locations in Eastern Europe through the end of next year as part of Operation Atlantic Resolve, and those rotations could continue after next year and for the foreseeable future," Hodges stressed.

Hodges added that presence of US military forces in Eastern Europe "will ensure a more rapid response, should aggression occur."

US Operation Atlantic Resolve comprises all US efforts to support their NATO allies and partners in Europe.

© AP Photo / Massoud Hossaini
Stoltenberg: NATO, Russia Must Continue Cooperation in High North
US plans to boost its presence in Eastern Europe come as the NATO bloc has stepped up its military activities near the Russian border, including in the Black Sea and Baltic waters. In particular, the US-led alliance sent additional warships to the Black Sea and bolstered air patrolling missions over the Baltic states.

Russia has criticized what it called "excessive" military presence on its western border, arguing it could tip the "balance of power" and lead to greater instability in the region.