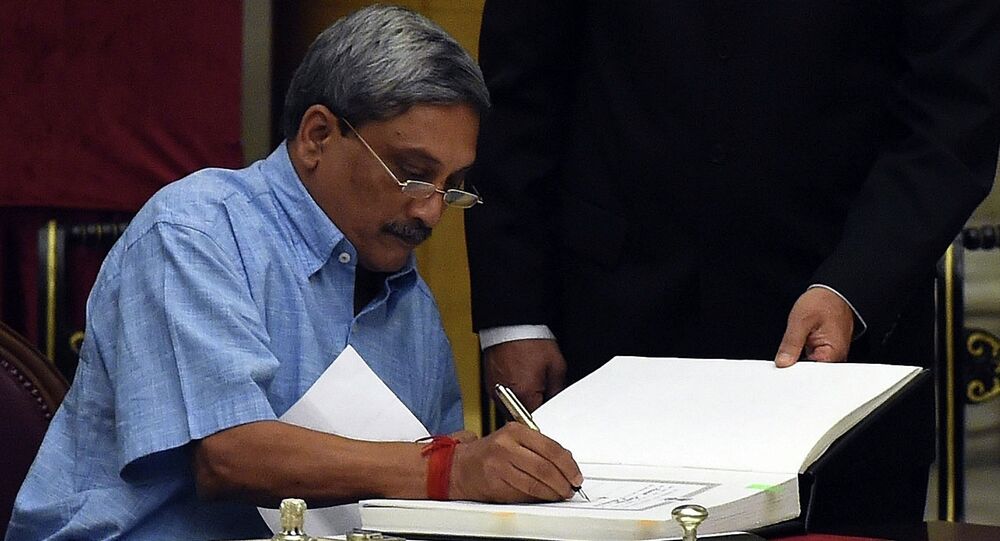 The new network will be controlled by the Indian Navy, while functioning under the Indian National Security Adviser (NSA).

NEW DELHI, November 23 (Sputnik) — Indian Defense Minister Manohar Parrikar has introduced the new naval intelligence network to track ships in real time on Sunday, and stated that the Navy "should strive to have zero tolerance for errors".

"When I ask people why they allow a glass to fall out from their hands, they say it happens only once in one or two years. I ask, does it happen with a child in your hands? They say no. So we should strive to have zero tolerance towards the error," Parrikar said at the Inauguration of Central Hub of National Command Control Communications and Intelligence Network.

Parrikar has also pointed out the gaps in coastal security at Karwar and Manglore on the western coast and has stressed on the need to bring them under coastal radars coverage.

The new network will become the single point center interlinking the newly formed coastal radar chain. It will be controlled by the Indian Navy, while functioning under the Indian National Security Adviser.

A series of initiatives to create a naval intelligence network came after the November 26, 2008 terrorist attacks in Mumbai. The new project is aimed at boosting maritime and coastal security and bolstering multi-agency coordination. The main goal is to cooperate with as many as 24 countries in the nearest future to exchange merchant shipping data, which will enable India to keep track of threats in the area of strategic importance across the Indian Ocean region.