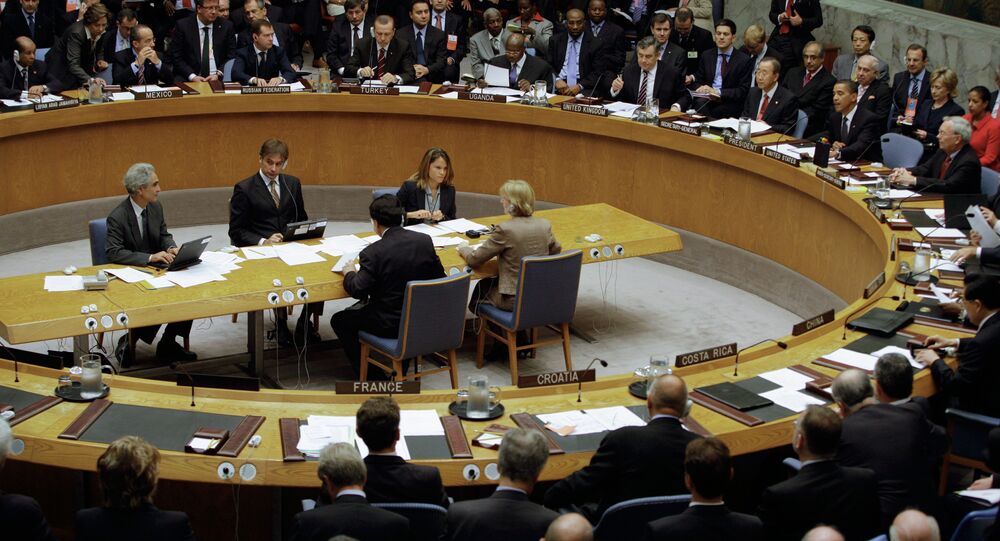 NPT Review Conference Not to Be Failure Even Without Final Document: Moscow

Director of Department for Non-Proliferation and Arms Control of the Russian Foreign Ministry Mikhail Ulyanov stated that the 2015 Nuclear Nonproliferation Treaty (NPT) Review Conference will not be failure even if there is no consensus on the final document.

MOSCOW, November 22 (Sputnik) — The 2015 Nuclear Nonproliferation Treaty (NPT) Review Conference will not be a failure even if it does not result in a final comprehensive document, the Russian Foreign Ministry's top disarmament official said Saturday.

"If there is no consensus on the final document, will it mean the failure of the conference? I think, no," Director of Department for Non-Proliferation and Arms Control Mikhail Ulyanov said at the 2014 Moscow Nonproliferation Conference.

"The most important thing is to have this document realistic and feasible, if it is agreed," Ulyanov added.

"Noone should assume or impose obligations that cannot be met. Otherwise there will be grave problems during the next [NPT] review cycle," he said.

The 2015 NPT Review Conference will be held at the United Nations headquarters in New York. It will be the ninth such conference since the first one in 1975, as it is held once in five years to review how the nonproliferation regime is maintained.

Treaty on the Nonproliferation of Nuclear Weapons, known as Nonproliferation Treaty, was opened for signature in 1968 and was extended indefinitely in 1995. It is aimed to prevent nuclear weapons’ spread and promote cooperation on the peaceful use of atomic energy.

Moscow is hosting 2014 Nonproliferation Conference: Energy, Disarmament, and Nonproliferation on November 20-22 with Syria's chemical weapons, Iran's nuclear crisis and denuclearization of the Korean peninsula being on the agenda.