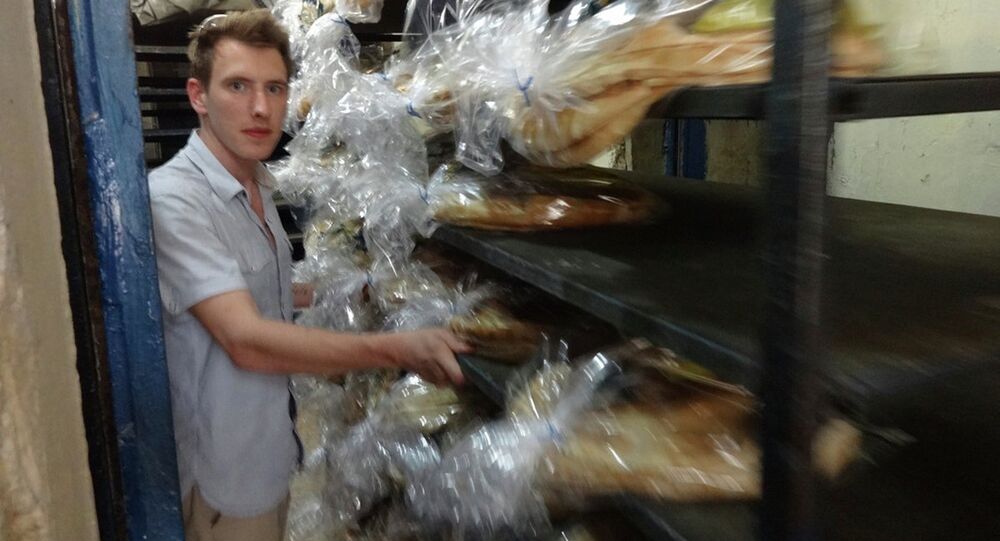 The UN Security Council has condemned the killings of IS hostages and urged all the parties involved to comply with international law.

UNITED NATIONS, November 19 (Sputnik) — The UN Security Council has condemned the "heinous and cowardly murders" of US aid worker Abdul-Rahman Kassig and at least 15 Syrian captives committed by Islamic state (IS) and has called for accountability, a statement issued by the council read.

"His [Kassig's] murder is a tragic reminder of the increasing dangers humanitarian personnel face every day in Syria. The members of the Security Council recalled their demand that all parties, involved in an armed conflict, comply fully with the obligations applicable to them under international humanitarian law, including to respect and protect all humanitarian personnel," the statement published Tuesday read.

The members of the Security Council concluded that they "reaffirmed the need to combat by all means, in accordance with the Charter of the United Nations, threats to international peace and security, caused by terrorist acts, and that any acts of terrorism are criminal and unjustifiable, regardless of their motivation, wherever, whenever and by whomsoever committed."

The IS issued a video, claiming the killing of Kassig along the execution of Syrian soldiers on November 16. US President Barack Obama confirmed the beheading of the US citizen calling it an act of "pure evil." Kassig's death marked the fifth execution of a Western captive by the Islamist militant group.