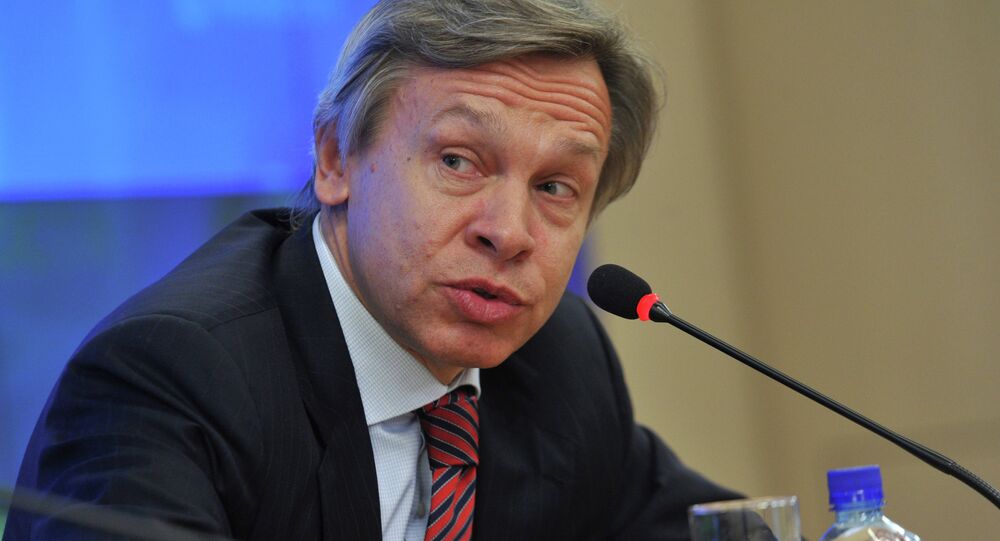 US Needs NATO Expansion for Possible Confrontation With China: Lawmaker

The United States is trying to consolidate Europe via NATO eastward expansion aiming at rivalry with China for global dominance, the head of the Foreign Affairs Committee of the Russian State Duma declared.

"The United States is trying to consolidate European region, believing that it would enter a serious confrontation with China. Therefore, the United States needs NATO enlargement, its eastward expansion. In other words, major expansion is needed for the final fight with China for the global leadership," Pushkov, Head of the Foreign Affairs Committee of the Russian State Duma (lower house of the parliament), told Russia's TVC broadcaster.

Since its establishment in 1949, NATO military alliance has seen several enlargements, with the major ones following the end of the Cold War and involving the states of the former Soviet sphere of influence. Poland, Hungary, and the Czech Republic joined the alliance in 1999, seven Central and Eastern European countries (Estonia, Latvia, Lithuania, Slovenia, Slovakia, Bulgaria, and Romania) acceded in 2004, and Albania and Croatia joined NATO in 2009. Moreover, Bosnia and Herzegovina, Montenegro, and Georgia have stated the goal of becoming NATO members.

Moreover, following Crimea's reunification with Russia in March 2014, NATO has boosted its military presence close to Russia's border, specifically in Poland and the former Soviet Baltic states of Latvia, Lithuania and Estonia.

Russia views NATO expansion as a threat to its national security, as well as to the stability in the whole region of Eastern Europe.

Kiev and NATO Signal They Are Ready to Strike Donetsk: Expert