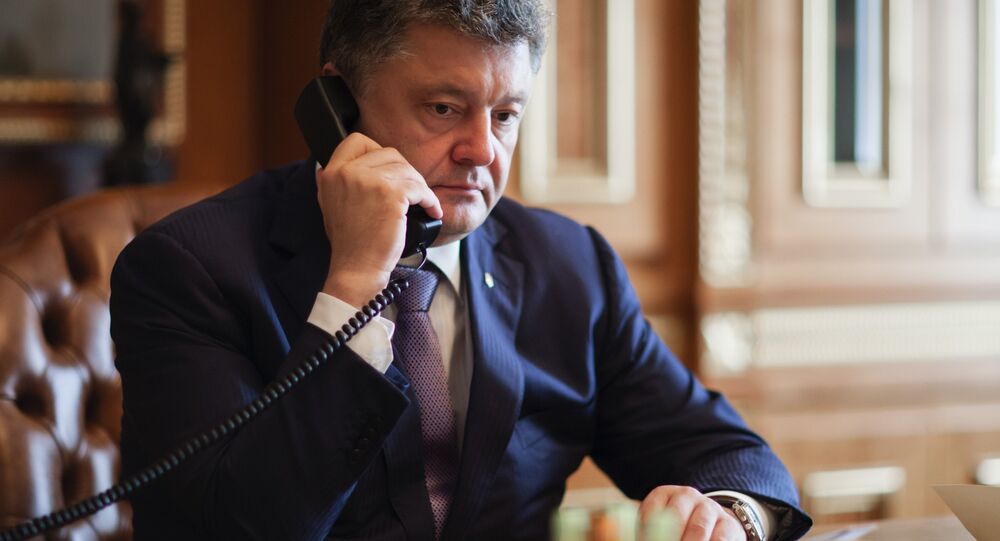 Ukrainian President Petro Poroshenko stated that Ukrainian army is prepared to defend the country's borders in case of "developments contrary to the Minsk plan".

"There are no grounds for panic. In the last two months, we have elaborated and implemented serious steps to prepare our Armed Forces and other units to defend Ukraine," Poroshenko said during a meeting with the heads of the country's security forces, according to his official website.

"In the event there are developments that go against the Minsk plan, the Armed Forces of Ukraine will be able and ready to rebuff," the president stressed.

Poroshenko noted that Kiev "only sees peaceful and political means as a solution to the situation in certain areas of the Donetsk and Luhansk regions," however, it has "the forces and means to defend the state".

According to the Ukrainian president, significant efforts have been paid recently to reinforce the Ukrainian forces in the Donbas.

The crisis in Ukraine's eastern regions escalated when Kiev authorities launched a military operation against Donbas independence supporters in mid-April.

The conflicting sides reached a ceasefire agreement at a September 5 meeting of the trilateral Contact Group on Ukraine in Minsk. A memorandum specifying the implementation of the ceasefire was adopted at another Contact Group meeting on September 19. Both sides have subsequently accused each other of violating the truce.