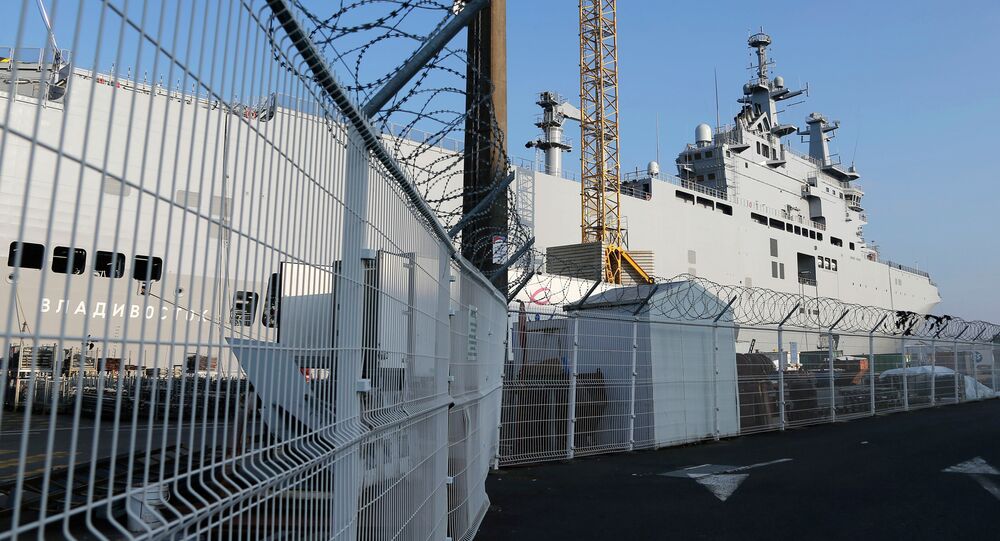 France will face serious legal complications if Paris doesn't fulfill its contract on delivery of Mistral-class helicopter carrier by the end of November.

MOSCOW, November 14 (Sputnik) – Russia will give France deadline until the end of November to deliver the first Mistral-class helicopter carrier and will make serious legal claims if Paris does not fulfill its contract, a high ranked source in Moscow said Friday.

“We are preparing for different variations. We’ll wait until the end of the month, and then we’ll make serious claims,” the source told Sputnik.

Russian Deputy Minister Dmitry Rogozin said earlier that Russian arms exporter Rosoboronexport had been invited to France to attend the official handover ceremony of the first Mistral carrier on November 14.

Russia and France signed the €1.2 billion ($1.5 billion) deal for the two Mistral-class ships in June 2011. While the first carrier, the Vladivostok, is expected in Russia by the end of the month, the second ship, the Sevastopol, is supposed to arrive in 2015.

In its turn, Moscow stated that if the contact was cancelled, Paris would have to pay a large penalty. Russia also said that if anything goes wrong, the country would be able to build an analogue to the Mistral by itself.