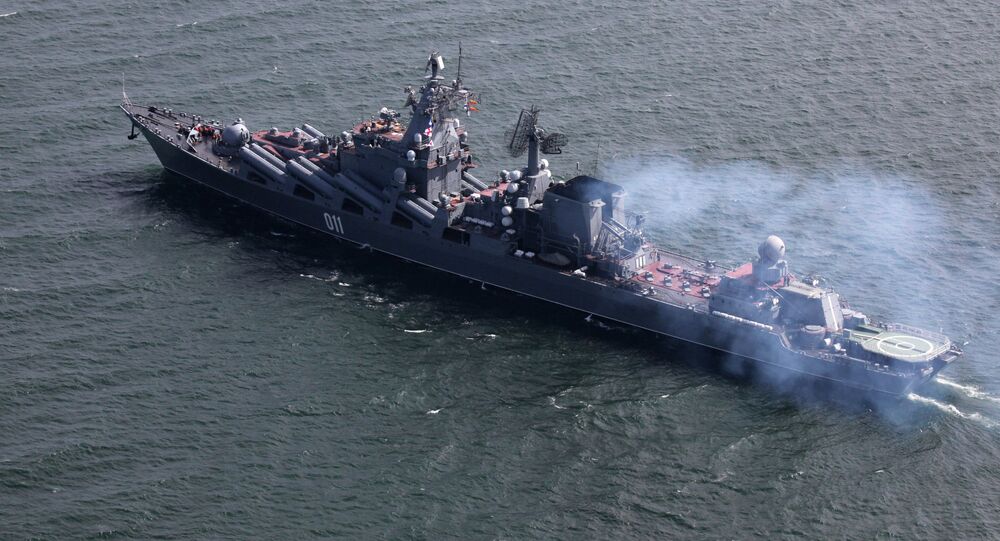 MOSCOW, November 13 (Sputnik) — Foreign Minister of Australia Julie Bishop has said that Russia's sending warships to international waters near Australia on the eve of the G20 summit is consistent with international law, The Australian reported Thursday.

"Russia is entitled, as any other country is entitled, to traverse international waters," Bishop said in Sydney, as quoted by the newspaper.

"Russia is doing what other countries around the globe that have navies do. So it's not unexpected," she added.

Earlier in the day, Australian Prime Minister Tony Abbott also said that the appearance of the Russian fleet near Australia was not surprising. He, however, used the occasion to once again accuse Moscow of military involvement in the Ukrainian crisis.

"It's not unusual for the Russians to deploy [warships] in the vicinity of a major international conference and let's not forget that Russia has been much more militarily assertive in recent times," The Australian quoted the prime minister as saying.

Abbott reassured Australians that the country is closely monitoring the movements of the Russian ships.

Relations between Russia and Australia soured after Canberra imposed sanctions against Moscow over its alleged role in the Ukrainian crisis, denied by Russian officials. The Malaysian Boeing crash in southeastern Ukraine caused their relations to spiral further downward.

On Wednesday the Australian Defense Ministry said that Russia sent warships to accompany its leaders at major international trips, such as then-President Dmitry Medvedev's visits to the 2009 APEC meeting in Singapore and to San Francisco the following year.

On November 15-16, the city of Brisbane in Australia will host a G20 summit, featuring the leaders of the organization's member nations, including Russian President Vladimir Putin.