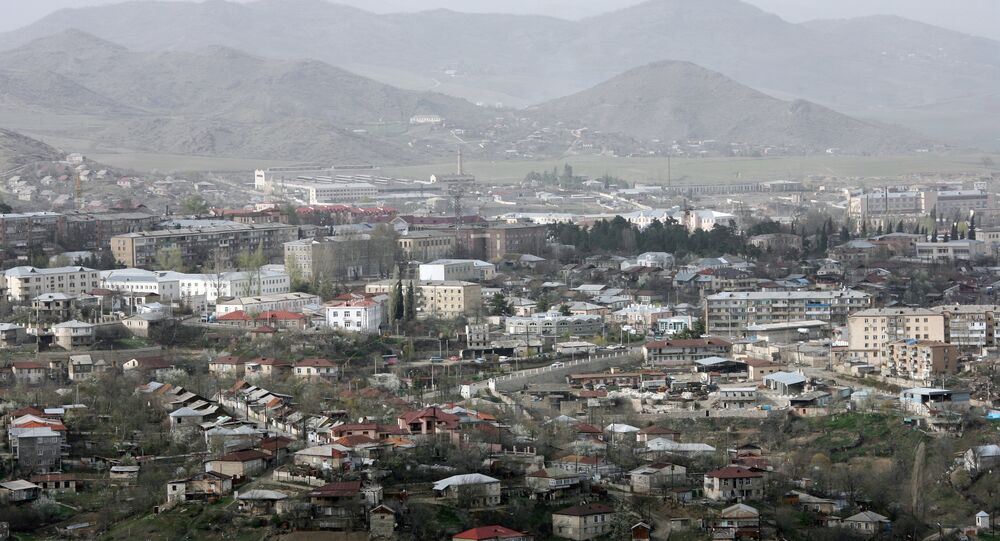 After a helicopter is shot down by Azerbaijan’s military in Nagorno-Karabakh, a no fly-zone is created and tensions erupt between Azerbaijan and Armenia.

MOSCOW, November 13 (RIA Novosti) — Azerbaijan declared the airspace over Nagorno-Karabakh a no-flying zone following an incident involving the downing of a helicopter that belonged to the self-proclaimed Nagorno-Karabakh Republic (NKR) air force.

“The Republic of Azerbaijan has declared the airspace over the occupied territories a no-fly zone and notified all of the ICAO members accordingly,” Azerbaijan’s Foreign Ministry said in an official statement.

The ministry also declared that any unlawful intrusion by Armenian military helicopters into Azerbaijani airspace would be seen as “a continuation of the occupation and aggression against Azerbaijan, as well as evidence of a policy of infringement of the republic’s territorial integrity and sovereignty.”

Meanwhile, the Armenian Foreign Ministry has condemned Azerbaijan for the downing of the NKR military helicopter on Tuesday.

“We strongly condemn the Azerbaijani forces for shooting down a NKR Mi-24 helicopter during a training flight,” the Armenian Foreign Ministry told RIA Novosti in a statement.

The document also points out that prior to and after every high-profile meeting related to the resolution of the Karabakh issue, Baku authorities launch new provocations, seeking to undermine the negotiations and the efforts made by Armenia and the international community to arrange a peaceful settlement of the conflict. “The Azerbaijani side grossly violates the recent agreements achieved during the last summits on the peaceful resolution of the problem,” a statement issued by the Armenian Foreign Ministry says.

According to the Armenian side, this provocation demonstrates that “Baku doesn’t just ignore the calls the Minsk OSCE Group and the international community have made to refrain from using force and to bolster the state ceasefire and promote trust – it acts contrary to these calls and is solely responsible for the current escalation of the situation.”