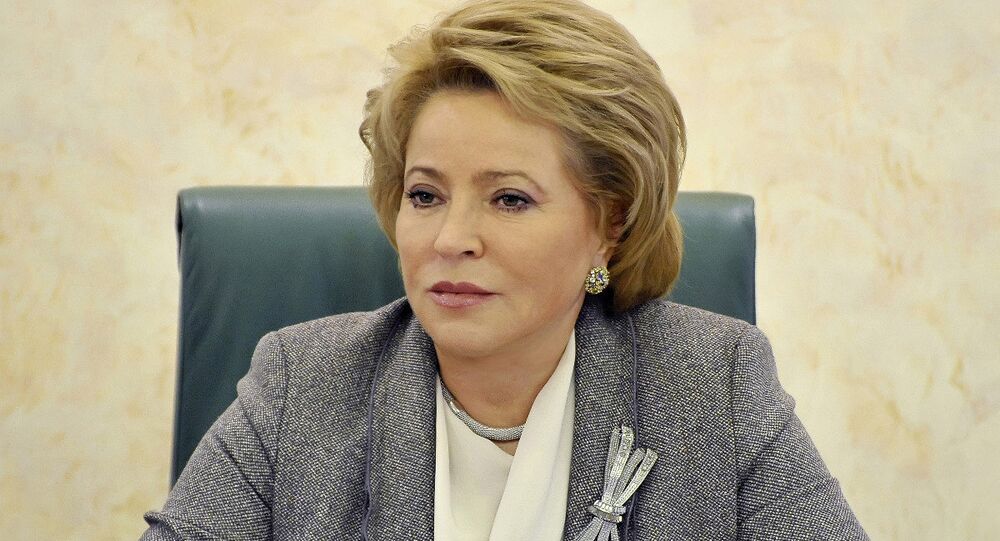 The United States has initiated the creation of an anti-Islamic State (IS) coalition that has conducted a series of airstrikes against the insurgents operating in Iraq and Syria. As of November 2014, the coalition against IS comprises more than 60 countries, with the most recent airstrikes launched on Tuesday, near the Iraqi city of Falluja.

The speaker stressed that the global community should "systematically analyze the ways terrorists get funding and equipment".

"All counter-terrorist measures should be made in accordance with international law and under the United Nations" mandate, the parliamentarian added.

Matvienko is in Jakarta as a part of an Asia-Pacific tour aiming to boost Russian cooperation with countries across the region. As well as Indonesia, Matvienko has visited The Philippines, Laos and China.

Over 125,000 terrorist attacks have been carried out in the period between 1970 and 2013 according to the Global Terrorism Database. Al-Qaeda, Taliban, Boko Haram and IS are the biggest terrorist organizations operating worldwide currently.