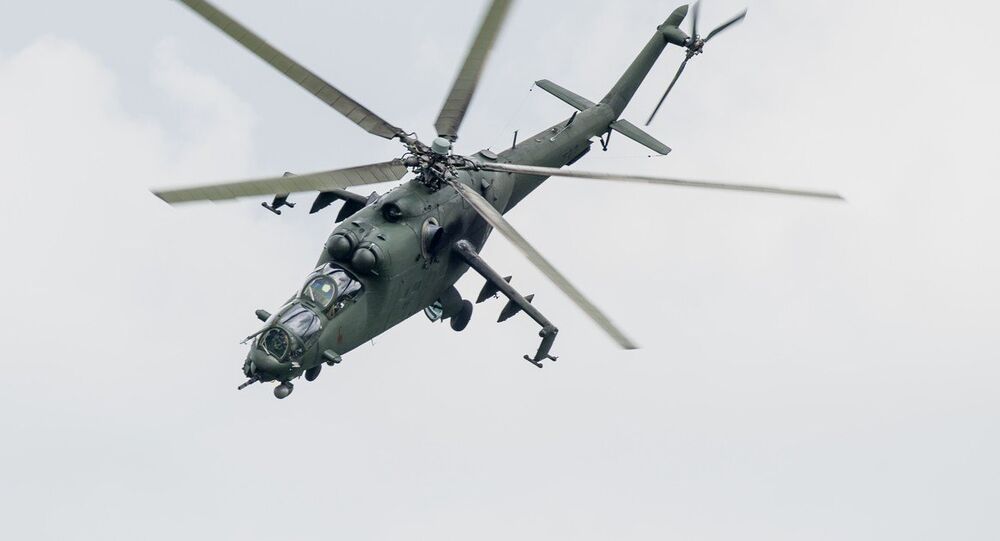 An attack helicopter belonging to the armed forces of the self-proclaimed Nagorno-Karabakh Republic (NKR) has been shot down by Azerbaijani military in the vicinity of the line of demarcation between the two areas.

MOSCOW, November 12 (RIA Novosti) — The press service of Azerbaijan’s Ministry of Defense stated that it was “a Mi-24 helicopter belonging to the Republic of Armenia’s armed forces,” and that it “made an attempt to attack Azerbaijani positions.” According to a statement issued by the ministry, the helicopter was shot down in the vicinity of the village of Chemengly in the Agdam district of Azerbaijan, and crashed in territory controlled by Azerbaijani forces. Azerbaijani forces were deployed to secure the crash site.

Lt. Col. Senor Asratyan, press secretary of the self-proclaimed Nagorno-Karabakh Republic (NKR), told RIA Novosti that it was an NKR military helicopter that was conducting a training flight. “At about 13.45 local time Wednesday, in an act that violated a standing ceasefire, a NKR Air Forces Mi-24 that was conducting a training flight was shot down by the Azerbaijani side in the airspace over the eastern direction of the Karabakh-Azerbaijani contact line,” Asratyan said.

According to Asratyan, the crash site is located close to the demarcation line, and Azerbaijani troops are continuing to subject the area to “intensive small arms fire.”

The Karabakh conflict started in February 1988, when the Nagorno-Karabakh Autonomous Region, populated mostly by ethnic Armenians, declared its secession from the Azerbaijan SSR. In September 1991, the creation of the NKR was proclaimed in the city of Stepanakert. The government of Azerbaijan declared this move illegal and abolished the autonomous status of Nagorno-Karabakh. The armed conflict that followed was stopped by a ceasefire agreement on May 12, 1994. As a result, Azerbaijan lost control of Nagorno-Karabakh and – either fully or partially – of the seven districts adjacent to it.

Negotiations under the auspices of the OSCE Minsk Group, co-chaired by the US, Russia and France, are being conducted to achieve a peaceful resolution of the conflict. Azerbaijan insists on maintaining its territorial integrity and NKR’s interests are being represented by Armenia, as the self-proclaimed republic is not recognized as a state.