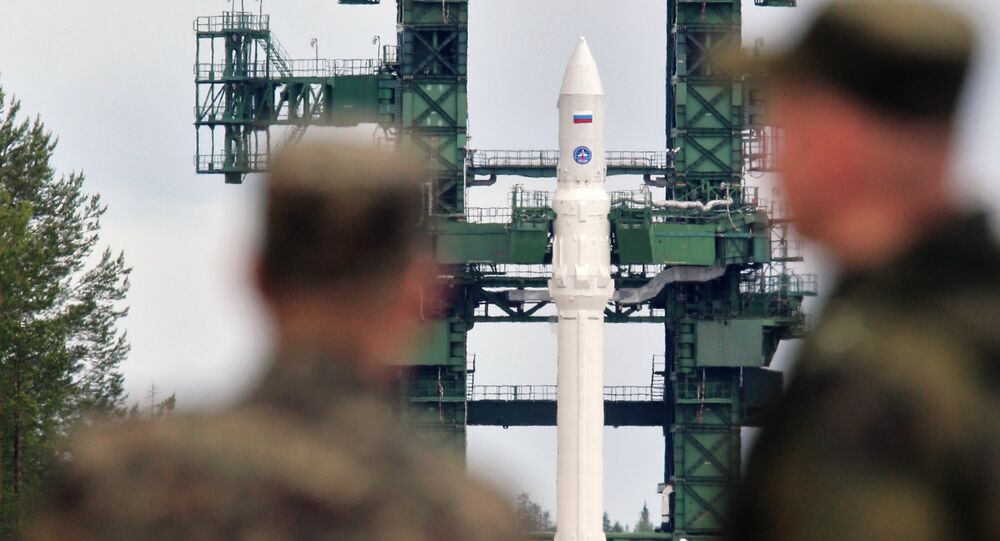 Russia’s new heavy Angara rocket is to make its maiden flight from the Plesetsk Space Center in northwestern Russia on December 25, according to Roscosmos.

“I have just received a report on the issue. All preparations are moving along according to schedule,” Oleg Ostapenko told RIA Novosti on the sidelines of the Airshow China-2014 space exhibition.

During the week before the maiden flight, experts will conduct various tests to ensure launch complex' and rocket's readiness for the successful launch, Russia's construction watchdog Spetstroy said.

The Angara family of rockets, in development since 1995, is being built in light, semi-heavy and heavy versions to lift a variety of payloads between two and 40 metric tons into low Earth orbit.

The development of super-heavy version of the Angara was included into Russia’s draft 2016-2025 federal space program, Ostapenko said without giving further details.

The first manned flight of the heavy Angara is expected to take place in 2018. It will launch from the Vostochny Cosmodrome in Amur region, in the Russian Far East.

Earlier, Roscosmos said that new Angara rocket will give Russia an independent access to the space, and a possibility to advance to a new technological development level. Angara will put heavy space vehicles into the geostationary orbit. All parts used for rocket development have been produced in Russia, which secures the process safety in the country. Apart from the above, ecologically clean fuel will be used in the rocket, including oxygen and kerosene.

In Russia, heavy Angara will replace Proton rocket family, which has been previously used to put space vehicles into the low Earth orbit.

Russia’s new federal 2016-2025 space program will be submitted to the Russian government in December, the head of the Russian space agency Roscosmos, Oleg Ostapenko, said Wednesday.

“I think that the new federal space program will be submitted to the Russian government in December,” he said.

“The program is yet to be approved. Once it is approved, I will be ready to name specific figures and where these funds will go,” he told RIA Novosti on the sidelines of the Airshow China-2014 space exhibition.

This program includes the creation of various satellite communication and navigation systems and the launch of spacecrafts intended for research of the Sun, the Moon and Mars.

"It is possible that as part of growing cooperation with China, we could consider sending our cosmonauts to the Chinese space station and welcome Chinese 'taikonauts' in our segment of the ISS," Roscosmos chief Oleg Ostapenko told RIA Novosti on the sidelines of the Airshow China exhibition.

Tiangdong-1 is China's first space station. Launched in 2011, it is considered to be a testbed for technologies to be used in the country's future Tiangong Space Station, a modular space station similar to the International Space Station (ISS) or Russia's Mir. China, the third country in the world after the Soviet Union and the United States to send humans into space, is currently actively developing its role as a major space power, also planning expeditions to the Moon and Mars.

As for the Chinese spacecraft components, Ostapenko said that "we are discussing the [spacecraft] component issue with China, but only tests will show if they meet our needs."

Chinese-made electronic components have never been used by the Russian space industry before, but the issue is now under consideration, Ostapenko added.

The Russian deputy prime minister in charge of the space and defense industry, Dmitry Rogozin, said in mid-September that Russia should now reduce its dependency on Western-made components amid intensified tensions between Russia and the West.

The United States and the European Union, as well as some of their allies, have imposed several rounds of sanctions against Russia over the crisis in Ukraine but stopped short of imposing sanctions on the Russian space industry or halting space contracts with Russian companies.

In April, NASA announced the suspension of all Russia-US space projects, but specified that this would not affect joint work at the ISS. Rogozin reacted to the decision saying that apart from ISS activities, Roscosmos did not work with NASA.

'Angara' Launch Postponed Due to Loss of Pressure in Fuel System