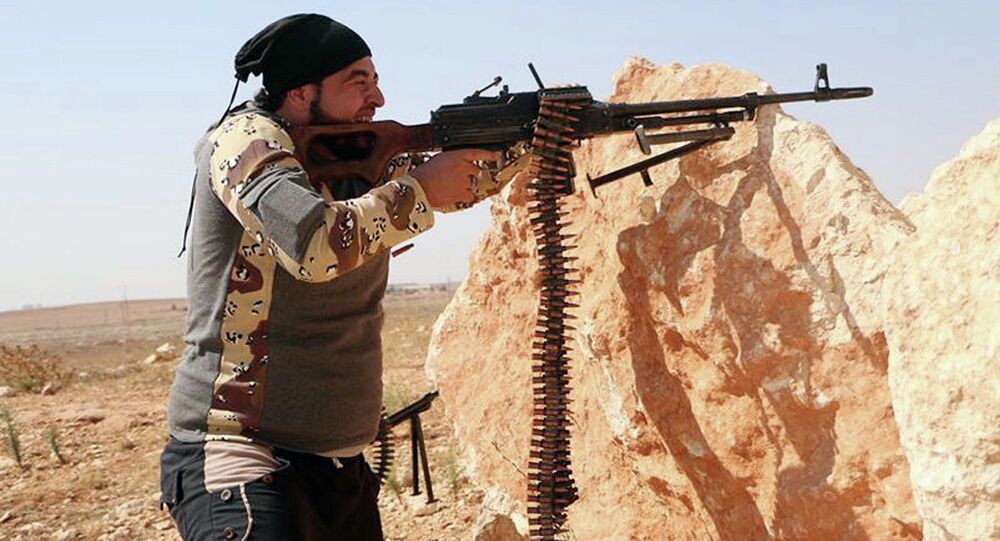 'Source of Extremism, Is the Regime Itself': Syrian Opposition Leader

MOSCOW, November 11 (RIA Novosti) — In an interview on Tuesday, Syrian National Coalition President, Hadi al-Bahra at the Foreign & Commonwealth Office in London accused the US-led coalition of having a "confused" strategy in Iraq and Syria that targeted jihadists but turned "a blind eye" to crimes by Syrian President Bashar al-Assad, reports AFP.

"The coalition is fighting the symptom of the problem, which is ISIS (the Islamic State organisation), without addressing the main cause, which is the regime," Hadi al-Bahra told The Guardian.

"People see coalition planes hitting ISIS targets but turning a blind eye to Assad's air force, which is using barrel bombs and rockets against civilian targets in Aleppo and elsewhere."

As stated by AFP, during his visit to London on Monday, Bahra met with representatives of the 11 countries which support his coalition in its fight against Assad's regime.

"People feel there is a hidden agenda and cooperation between the coalition and Assad's forces because Assad assumes he has a free hand."
Bahra accused the coalition of "completely" ignoring fighters of the rebel Free Syrian Army, reports AFP.

"The whole operation has been confused. Air strikes will not be able to win the battle against extremism. You have to defeat ISIS on the ground," he told AFP.

"And you have to deal with the main cause and source of extremism, which is the regime itself."