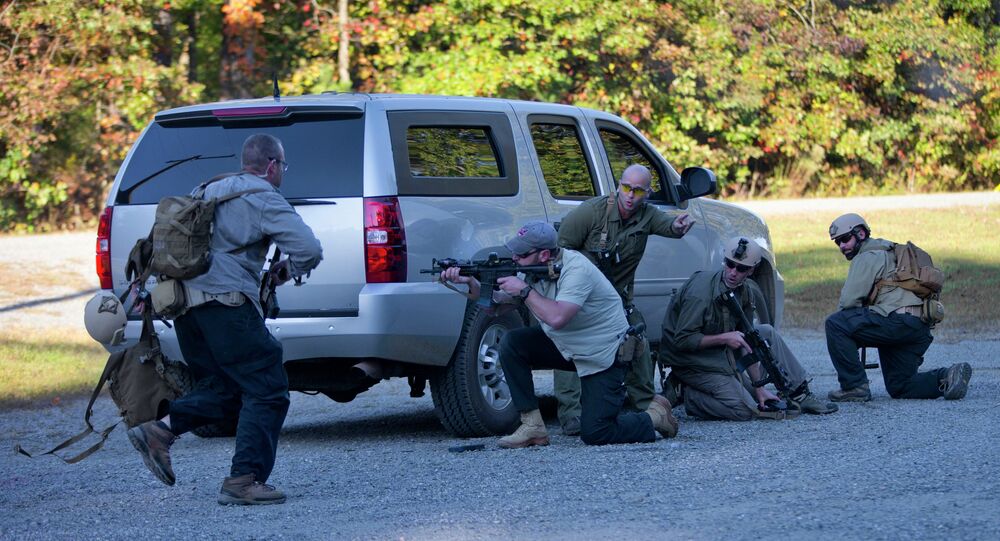 US Intensifies its Security Agents’ Training to Prevent Another Benghazi

The US Diplomatic Security Service has stepped up its training of the agents who safeguard its diplomatic corps around the world in response to the deadly attack on its diplomatic compound which took place in Benghazi, Libya in 2012.

MOSCOW, November 11 (RIA Novosti) – The US State Department has stepped up its training of new security agents to protect its at-risk embassies and consulates around the world, according to AP. The new recruits spent a day-and-a-half watching preparations for what the State Department considers “the worst of scenarios”.

The deadly attack on the US diplomatic compound in Benghazi on September 11, 2012 killed US Ambassador Christopher Stevens (the first US Ambassador killed on duty since 1979) and three other Americans.

A review ordered after the attack by then-Secretary of State Hillary Rodham Clinton found that security beforehand had been "grossly inadequate." It praised the US security personnel for "performing with courage," but blamed the agency for not having enough protection and depending on “unreliable Libyan partners”.

Two years after the assault, the Diplomatic Security Service, which is responsible for protecting Americans working around the world (especially in so-called hot spots), has intensified its training, extending the length of the course to ten weeks from five.

For the purpose, a special facility has been constructed at a US military base in rural Virginia called Erehwon (the word "nowhere" spelled backwards), at a cost of $79 million.

The new recruits peer through the metallic sheen of the consulate windows as snipers stand guard on the roof. The agents scan a landscape complete with the convincing exteriors of a train station, governor's office, bank, apartment building and hospital for potential danger.

In the final week, AP says, the recruits drill alongside Diplomatic Security's elite special agents and a Marine detachment, while trainers double as terrorists.

Food and sleep are restricted. Explosions and paid actors playing the locals “add to the experience.”

Paul Davies, who heads Diplomatic Security's high-threat training, told AP that “the agents are being trained to do more than drive limousines or guard flanks in a motorcade”. Embassy security is now better funded and gets the right materials, he added.

Post-Benghazi Precautions for Diplomats Have US ‘Caged Up’: Career Ambassador