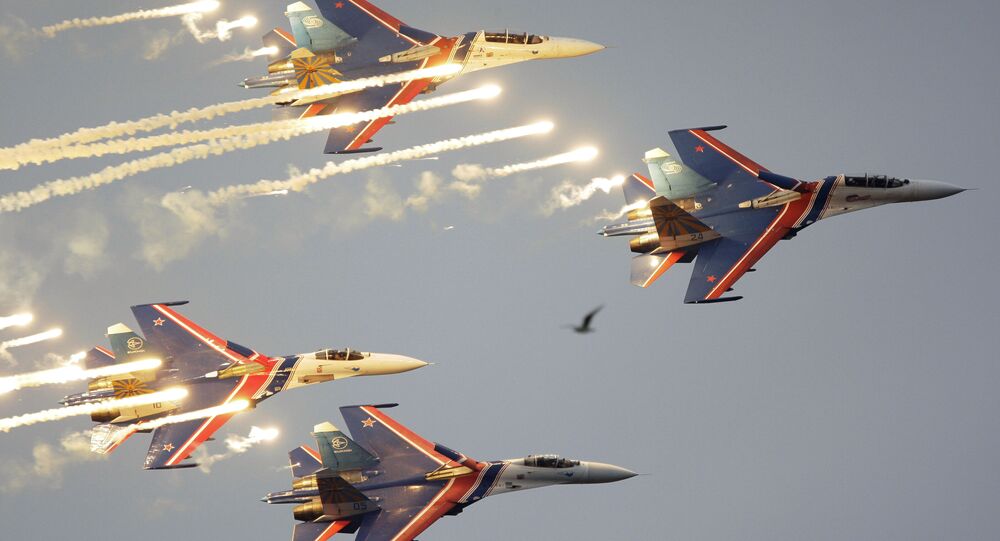 The Russian Knights will demonstrate their aerobatics mastery at Airshow China 2014.

“The Knights carried out a qualifying flight in Zhuhai and examined the region of upcoming flights. The training took 30 minutes; they flew in groups of five, four, and in a pair and also rehearsed individual aerobatics under both normal and adverse weather conditions. The qualifications commission consists exclusively of Chinese specialists who admit pilots to performance”, he conveyed.

The Russian aerobatics team is going to demonstrate its mastery over a hilly terrain with flight altitudes ranging from a mere 150 meters to 2,000 meters.

The pilots are going to exert their signature aerobatic maneuvers including the “Rhombus”, “Barrel roll”, “Nesterov’s loop”, skewed loops, “Tail slide” and others, the Air Force official stated.

He added that the upcoming performance would be the fifth one for the Russian Knights in China.

The Russian Knights are the world’s sole aerobatic team that performs both individual and group stunts with heavy tactical Su-27 fighters.

Russian Knights and Swifts Stunt flying, Video From the Cockpit