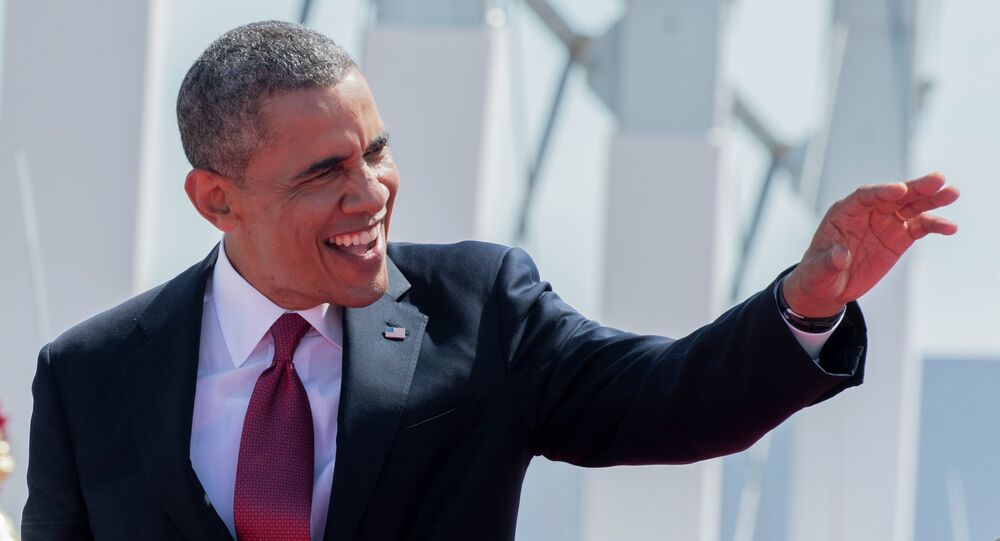 A dozen of Nobel Peace Prize winners call on Barack Obama to take necessary steps to abolish the use of torture within US intelligence agencies and armed forces.

NEW YORK, October 27 (RIA Novosti) – A group of 12 Nobel laureates wrote on Monday an open letter to US President Barack Obama urging him to disclose a CIA report that details the full extent of torture and rendition in the wake of the 9/11 attacks on New York and Washington.

"We stand firmly with those Americans who are asking the US to bring its use of torture into the light of day, and for the US to take the necessary steps to emerge from this dark period of its history, never to return," the letter, signed by a dozen winners of the Nobel Peace Prize, said.

Following the 9/11 bombings, the Senate Select Committee on Intelligence — a body overseeing US intelligence agencies — compiled a 6,000-page report on CIA's secret detention and torture of detainees suspected of being involved in these terror acts.

Archbishop Desmond Tutu of South Africa and the Bangladeshi economist Muhammad Yunus are among the laureates behind the letter, which also calls for the closure of the controversial military prison at Guantanamo Bay, Cuba.

"In recent decades, by accepting the flagrant use of torture and other violations of international law in the name of combating terrorism, American leaders have eroded the very freedoms and rights that generations of their young gave their lives to defend," it said.

"They have again set an example that will be followed by others; only now, it is one that will be used to justify the use of torture by regimes around the world, including against American soldiers in foreign lands. In losing their way, they have made us all vulnerable."

The laureates called on Obama, who himself won the Peace Prize in 2009, to release a long-delayed Senate report on the Central Intelligence Agency, as lawmakers wrestle over which sections of the document's 480-page executive summary should be made public.

A previous report, released by the Senate Intelligence Committee back in July, described the CIA's use of enhanced interrogation techniques and torture on terror suspects, and ultimately pointed to the fact that the United States engaged in torturing captives following the September 11, 2001 attacks.

Following the publication, President Barack Obama admitted that the United States had "crossed the line" and engaged in "techniques that I believe and I think any fair-minded person would believe were torture."