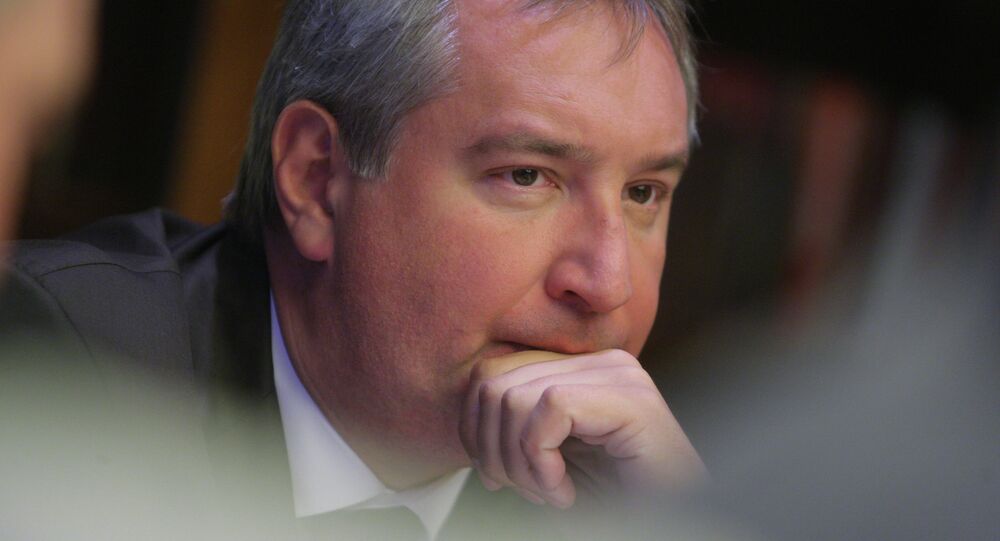 “This is a blow for American consumers,” Rogozin, who is in charge of Russian defense and space industry, said adding that the Kalashnikov company is expected to lose “millions of dollars if not tens of millions.”

“I don’t think that sanctions against Russia’s defense industry complex may be of a catastrophic or traumatic character. This may concern civilian production, not the defense sector,” Rogozin said.

The Kalashnikov company said last week that the United States is an important market for selling civilian weapons, adding that Kalashnikov products are in high demand in the country.

Washington’s sanctions against Russia will affect consumers of Kalashnikov products as advance orders have been made three times the annual norm, the company said.

The US Treasury introduced last week a so-called Sectoral Sanctions Identification List that affects companies and institutions in the defense, energy and banking sectors of the Russian economy.

Among other entities, the expanded list includes Russia’s Almaz-Antey corporation and Kalashnikov in the defense sector.

The Kalashnikov Concern was created in 2013 on the basis of the Izhmash and Izhmekh plants. The company is now Russia’s largest producer of automatic and sniper combat arms, guided artillery shells as well as a wide range of civil products, including shotguns, sporting rifles, industrial machines and tools.

The recently-formed Kalashnikov united a large number of state manufacturers of small arms, and in the future a number of other plants are to join the company.

The products manufactured by the company are supplied to 27 countries, including the United States, the United Kingdom, Germany, Norway, Italy, Canada, Kazakhstan and Thailand.